EAST LANSING, Mich. — A receptor found on blood platelets whose importance as a potential pharmaceutical target has long been questioned may in fact be fruitful in drug testing, according to new research from Michigan State University chemists.

A team led by Dana Spence of MSU’s Department of Chemistry has revealed a way to isolate and test the receptor known as P2X1. By creating a new, simple method to study it after blood is drawn, the team has unlocked a potential new drug target for many diseases that impact red blood cells, such as diabetes, hypertension and cystic fibrosis.

Researchers can evaluate the receptor not only in developing new drugs but also re-testing existing medications that could work now by attaching to the receptor.

“Scientists are always looking for new ‘druggable’ receptors in the human body,” Spence said. “This receptor, P2X1, has long been viewed as not important in platelets; our studies show that is not necessarily true. The receptor is very active; you just need to be careful in working with it.” 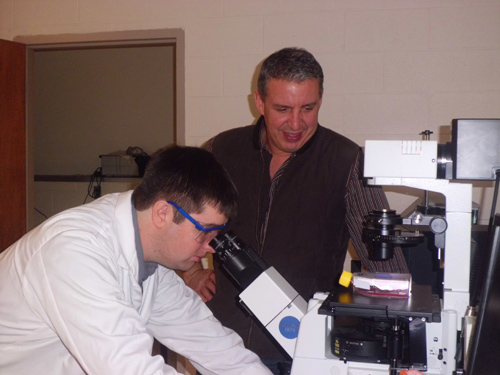 The research is published in the current issue of Analytical Methods, a journal from the Royal Society of Chemistry in London.

The main job of platelets is to help prevent bleeding via clotting, Spence said. They work by getting sticky in the bloodstream, but the problem with some diseases such as diabetes or sickle-cell anemia is that the platelets get sticky even when they shouldn’t, preventing proper blood flow and blocking vessels.

Platelets are activated when their receptors are “turned on”; currently, researchers have always focused on the P2Y receptor, which is easily studied. On the other hand, the P2X1 receptor was not thought to play a major role in platelet activation, and it proved very troublesome to study since it became desensitized once blood is drawn from the body, Spence said.

Though scientists tried a pair of methods to get around that issue – by using different additives or enzymes – the results did not prove fruitful in studying the receptor.

What Spence and his team found is that by adding a simple molecule called NF449 – originally thought to block the receptor – they were able to activate the P2X1 receptor in platelets after a blood draw.

“We have discovered a way to prepare and handle platelets so that we can study the receptor authentically,” he said. “This research opens up new avenues of study and will allow researchers and pharmaceutical companies to re-appraise this receptor as a druggable target.”

The research paper can be found at Analytical Methods at https://pubs.rsc.org/en/content/articlelanding/2012/ay/c1ay05530e.