Things went not so well for Laila, a divorced 28-year-old mother of one who is now a garment worker in a factory located in Savar area, the apparel industry hub of Bangladesh and not far away from the Dhaka city’s fringe. She was happily married to a man who was a masonry worker but since his income was never stable and sufficient enough for the family, it all started to go very erratic.

“For three years since marriage, everything went fine. But then he started to torture me frequently to bring money from my poor parents,” said Laila.

“Those days were very painful and unbearable,” she said with a long deep breath. 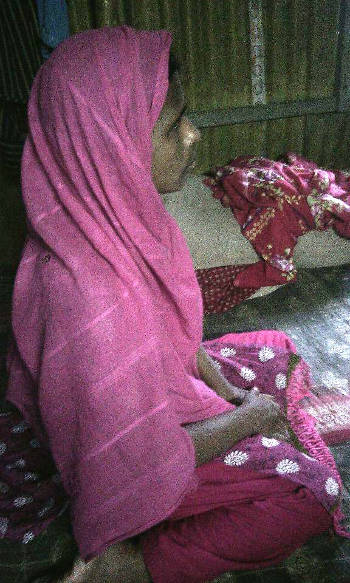 This led her to come to Dhaka with the hope to find her own base to stand on her own feet, leaving her four-year old son under the care of her parents in her village.

With the help of a female apparel worker who comes from the same village, she took a job in a garment factory.

In Bangladesh, poor young women with apparently no education can hardly find any other alternatives but to work in the apparel industries, which produce over 90% of the country’s export earnings and employs roughly 4.2 million workers, of which around 85% of the workforce are women.

The factory that produces t-shirts, underwear, trousers and kids items for the world’s top clothing retailers like Adidas, H&M, American Eagle and JC Penney, paid Laila around Tk 3,000 ($ 37.5) per month as an entry-level wage. Now, she receives about Tk 6,000 ($75) a month.

Factories in Bangladesh, the world’s second-leading apparel exporter after China, keep costs down by paying garment workers the lowest wages in the world — the current minimum is $68 a month.

However, there was a considerable amount of pathos in Laila’s recounting of how she would earn additional Tk 5,000 ($ 62.45)desperately needed to spend for her son’s education and to bear other expenses.

After suffering regular sexual harassment at her new workplace, she decided to work as a secret sex worker to supplement her income. The forms of sexual harassment that she recalled include sexual comments and advances, inappropriate touching, pinching and bodily contact.

“The only way I could see to earn that additional money was to do (as prostitute). It was just for my son,” said Laila. “He is my future.” 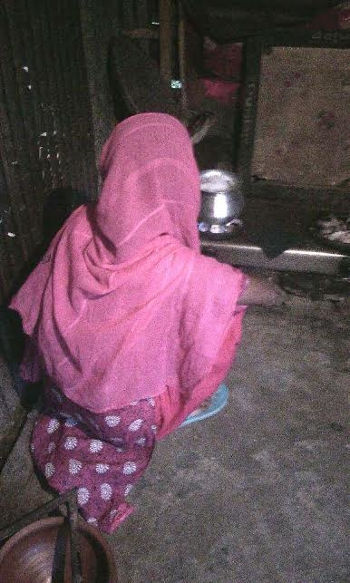 But earning extra money was not an easy start for her at the beginning where around 80% of the women workforce in garment factories start their day at 8 am in the morning and go till 10 pm in the evening that in addition to regular working hours also include mandatory overtime. It became very hard for Laila to find a balance between her current job at first place and 2nd job as sex worker.

So she carefully developed a secret sexual relationship with her boss to get his special ‘favour’ to let her leave the factory almost at regular basis at 5 pm whenever receiving calls from her ‘agent’ to meet her clients.

Laila has to spend her entire salary from her regular job for food and accommodation, and the extra money earned as sex worker is then sent to her parents.

“I have no bank account as I do not know how to read and write,”mentioned Laila.

“This heaviest part of my life will be over once my son starts earning. I am waiting for that day”, she said with a dreamy and distant look in her eyes.

Like almost all other sex workers Laila is aware of AIDS but she lacks sufficient knowledge and information about other sexually transmitted diseases like Syphilis and Gonorrhoea.

She is often engaged in unprotected sexual intercourse with her clients who pay ‘extra’ for this. Most of her customers are either day labourers or rickshaw-pullers.

“My income from sex profession is lower than any other sex workers as I am less attractive to look at,” said Laila.

Sharing stories about her colleagues, she said, “I have seen six of my colleagues, mostly female, who died over the last four years. Four of them died from unknown illness and respiratory problems. I do not know the causes of deaths of the other two.”

When asked whether she has relations with other male colleagues except her boss, Laila replied, “No. Because, I have done it secretly and would like to keep it so.”

“But I know one of my female colleagues, a 19-year-old girl who slept with those male colleagues who provided her living facility and food,” said Laila.

She has seen some girls becoming pregnant due to sexual affairs with colleagues though they initially engaged only to get extra facilities at their jobs. 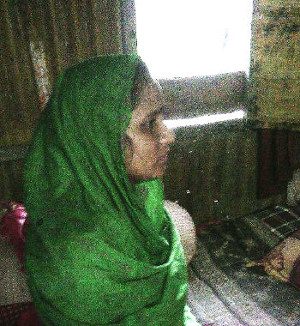 Story of Laila’s turning to a sex worker is a bit different from that of ‘Chandra’, who dropped out of school (till class seven) and entered into the sex world out of curiosity.

Chandra who is now 17 and unmarried, worked for another factory when she found herself being propositioned by factory executives. At first, she recoiled, “I thought, how dare you treat me like a common whore!” and she refused all contact.

But one executive kept coming back with increasingly higher (amount) offers than every previous time. “I had never thought of myself as being someone who would do such a thing!” She continued, “OK, then, I made a decision to try it once – out of curiosity.”

Like Laila, also Chandra has to send money home to support her poor family of two younger sisters and parents, and now suddenly there is a easier solution concerning money. Her ‘new adventure’ opened a door of financial sovereignty that she ever wished. She was paid Tk 1,000 ($12.5) by a 50-year-old executive who had a disabled wife at home. 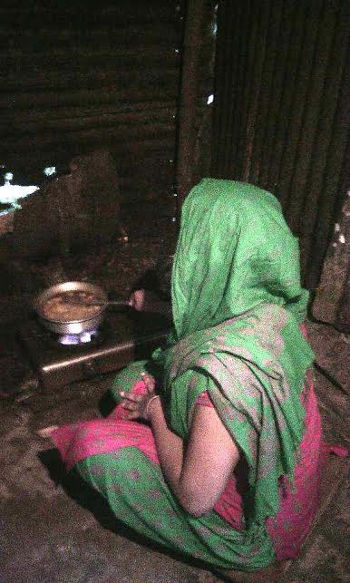 Since then, she is working as a sex worker. She left her job as garment worker after one year to become a full-time prostitute. Now her monthly earnings averages Tk 15,000 ($187.4).

“It’s easier to breathe now. I can’t earn enough like this doing any other job. It is difficult to get a good job as I quit school early,” she said.

As she is better educated than Laila, and can read and write, so she maintains savings account and a fixed deposit (FD) of Tk 3,000 ($37.5) per month. She has a plan to build a home in future with her savings.

Chandra is also well aware of sexually transmitted diseases. She was never engaged in any sexual intercourse without condom. Most of her clients are former colleagues.

“However, life cannot go on like this so long. I dream of a happy family like every woman does. But when that ‘day’ will come, I do not know!” said Chandra.

*The investigative report is conducted by Kayes Sohel, a free-lance journalist based in Dhaka. Dhaka is the heavily populated (about 15 Million) capital city of Bangladesh. Pseudonyms are used in the story

Read more from Bangladesh: “A street Hawker’s day in Dhaka”