New research funded by the National Science Foundation and published this week in the Proceedings of the National Academy of Sciences by three Harvard University sociologists examines how we select our friends and the role that friendship plays in transmitting tastes and new ideas.

Relationships are basic building blocks of society, and understanding who befriends whom can therefore provide insight into patterns of social segregation, mechanisms for the reproduction of inequality, social support (including mental and emotional health), and access to job opportunities. Some have even viewed these relationships as a means to influence behavior whether to control obesity or target advertising. But is it really that easy, even on the Internet, to make friends with people who have different cultural upbringings, different interests, different backgrounds and different tastes in movies, music and books? 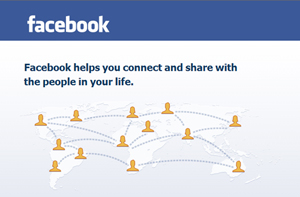 Relationships are basic building blocks of society, and understanding who befriends whom can therefore provide insight into patterns of social segregation, mechanisms for the reproduction of inequality, social support (including mental and emotional health), and access to job opportunities.

“At the end of the day, we have to ask ourselves how much of online interaction–and friendship formation in general–really is about reaching out to new people and learning about totally new ideas and perspectives that don’t really interest us,” said Ph.D. candidate and coauthor Kevin Lewis, “as opposed to seeking out those perspectives and ideas we already like?”

They found people’s individual tastes influence the formation of friendships much more than a person’s individual, pre-existing tastes spread through his or her friendships.

“One feature of Internet relationships that is particularly amenable to our research question is the extent to which it fosters users to communicate their own taste preferences and consumption patterns,” said Kaufman. “Such self-presentation is a normal part of everyday life, but sites like Facebook encourage and codify it.”

Using a unique, four-year, longitudinal study based on the Facebook activity of a cohort of college students, the researchers studied whether tastes in music, movies and books spread among friends over time. They discovered that students who like certain kinds of music and movies are indeed more likely to become friends on Facebook, but the “diffusion” of tastes through friendship ties was extremely rare.

Friends befriended others with whom they shared interests; they did not generally adopt new interests because had developed new friends.

The finding challenges other, recent, highly-publicized research about the importance of peer influence.

“Given the prior research on social epidemics, we found the nearly complete absence of peer influence effects to be rather striking,” said Lewis, the project’s first author and a fellow at the Berkman Center for Internet and Society at Harvard.

“Some of the prior social epidemic research has also recently come under fire on methodological grounds,” said Lewis. “The researchers may be finding so much peer influence because the kinds of models they are running aren’t appropriate and they are misinterpreting their findings.”

“Though many prior studies have attempted to disentangle these two mechanisms [selection and influence], their respective importance is still very poorly understood,” the researchers write in the report “Social Selection and Peer Influence in an Online Social Network.”

“In contrast, the method we used is basically the first tool that is able to disentangle the two processes in a statistically adequate fashion,” Lewis said.

“Our research is unique in that it uses data on a complete social network of respondents–a cohort of students from the same college,” said Kaufman, “and tracks the evolution of that network over time. Because members of the network were, at the same time, listing what they perceived to be their ‘favorite’ music, movies and books, we were able to closely examine the co-evolution of both their social networks and their cultural tastes.”

Then, using state of the art statistical methods, the researchers were able to tease apart the contrasting effects of selection and influence. And they also discovered that simple generalizations don’t always hold. For example, the role books played in friendship formation was different from other forms of media.

The researchers found tastes in books don’t seem to influence Facebook friendship formation in the same way as tastes in music and movies.

Watching a movie and listening to music are things that can be done with peers, allowing opportunities for social interaction, bonding and meeting new people, but reading typically is a solitary pursuit.

But if a student’s friends liked “indie/alt” music, the student was less likely to adopt the same tastes, presumably because the value of “indie/alt” taste comes precisely from being the only person among one’s friendship group that likes it.

In contrast, though, the researchers also found that students whose friends expressed tastes in “classical/jazz” were significantly more likely to adopt such tastes themselves, so interest in some musical genres diffused among friends. With these few exceptions, though, preferences did not generally appear to be “contagious” among Facebook friends over the duration of college.