To the casual observer, the kind of technological breakthroughs Microsoft researchers make may seem to be out of this world.

Their research is a blueprint for the future of technology, in areas such as – but not limited to – computer vision, artificial intelligence, real-time speech translation, machine learning and quantum computing. So it’s only natural that their work can inspire others – especially those who write about other worlds.

On Tuesday, Microsoft releases an anthology inspired by the work Microsoft researchers are doing. “Future Visions: Original Science Fiction Inspired by Microsoft,” is available to anyone as a free download.

“The idea was to bring authors in to expose them to what some people might think is science fiction. In a way, you could say the world of Microsoft Research turns science fiction into science fact,” says Steve Clayton, chief storyteller at Microsoft. “We didn’t show them a piece of technology and ask them to please write about that. We showed them technology and introduced them to a group of people, and then asked them, what did it spark in your mind as ideas, where did it inspire you to think the technology may go?”

The stories are based on meetings with the research scientists who are working on the most cutting-edge areas of research. 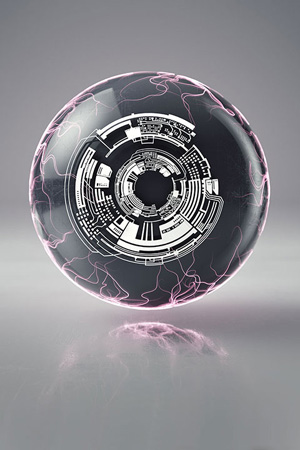 “All of our product teams look over the horizon, but probably more in the one- to two-year realm, whereas Microsoft Research has a bit more license to look at the realm of anywhere between one and 10 years,” says Clayton. “It gives them more opportunity for things that might seem like flights of fancy, but ultimately do become science fact.”

You can’t have science fiction without science. It’s sci-fi, after all, not fiction.

“Spurred on by both the science and the science fiction of our time, my generation of researchers and engineers grew up to ask what if and what’s next?” Shum continues. “Today – years and years later – we are realizing much of what we dreamed of as kids.”

And inspired by science, science-fiction writers keep dreaming. And oh, what dreams they have.

Nine award-winning sci-fi authors – Elizabeth Bear, Greg Bear, David Brin, Nancy Kress, Ann Leckie, Jack McDevitt, Seanan McGuire and Robert J. Sawyer – and graphic novelist Blue Delliquanti were given access to people and resources at Microsoft Research, which has more than 55 areas of research within it. They chose the areas of research they wanted to explore. Among the many topics they absorbed were quantum computing, prediction analytics, virtual teleportation and computing that relates to emotion. The writers talked to researchers in person, asked questions and had candid conversations during packed, curated visits in the spring, aligned to their interests.

The stories inspired by those visits are included in a 239-page collection of original short stories, illustrations based on each story by Joey Camacho, and a graphic novel.

“Part of the vision for this book was that it would be a piece of great literature,” says Jennifer Henshaw, a communications manager with Microsoft Technology and Research and a co-editor of the anthology. “But it spans a variety of audiences. We want it to be meaningful to the sci-fi community – not as a piece that was published by Microsoft, but as a piece of science fiction literature that stands on its own. And I think it achieves that.”

While authors worked independent of each other, their stories showed the writers were on the same wavelength, sharing many overlapping themes.

“At the time, we were super interested in certain things, like machine learning, deep neural networks, Skype Translator,” says Allison Linn, the book’s co-editor and a writer for Microsoft Technology and Research. “And honestly, that’s where a lot of the writers went to. It was pretty cool to see that the things we think are interesting in research are also the things these writers are most excited about and see the most potential in.”

When the book’s publisher, Melcher Media, reached out to the authors with an invitation to spend time with a major technology company’s researchers, the writers responded positively to the idea.

“It’s a fabulous concept. Talk to researchers and get access to cool tech, and I can write a story about it?” says Leckie, one of the authors. “Great idea! Science fiction can be about a lot of things, but one of the many things I like about it is the way it plays with scientific ideas and ideas about technology. This sounded like a cool way to see what was coming down the way.”

While she does a lot of research for her writing, such access to people working in the field is rare, she says.

“I came without a base story idea,” she says, of her visit to Microsoft’s Redmond, Washington, campus. “I figured something would hit me. I just listened and asked questions.”

Leckie’s entry, “Another Word for World,” takes place in the far-future, and delves into an off-world dispute in which translation is a critical component. What stuck in Leckie’s head from her conversations with researchers was the contextual nature of machine translation.

“It’s easy to mechanically say this word should always be translated ‘truck,’ but something else to take a phrase and say, well actually in this sentence, it ought to be translated this way, or it means this,” Leckie says. “And then there’s the challenge of trying to figure out the emotional context of a sentence, so if you know the speaker is agitated, that provides part of how you’re translating the sentence.”

Leckie, a name familiar to sci-fi readers who flocked to her debut, “Ancillary Justice,” (the first of the “Imperial Radch” trilogy that swept major sci-fi awards in 2013), was most interested in machine learning, artificial intelligence (ignited by the trilogy’s AI protagonist), machine translation and language.

“Language really interests me, the different ways it frames how you look at the world and the ways you can talk about different things easily or less easily depending on what your language is set up to do,” she says.

Translators like the one in her story would be “absolutely fabulous.”

“One of things that interests me about tech are the ways in which different people have access to it. Maybe it doesn’t always do exactly what you expect or want it to do,” Leckie says. “To me, those are fruitful areas to find conflict and interesting things for a story.”

Leckie – who knew from an early age that she wanted to be a writer and is a huge fan of science fiction legends such as Andre Norton and Jack Vance – says her mystery-loving biochemist parents took a while to warm up to the genre.

To them, she says, “All kinds of things could be great literature, but not science fiction because it wasn’t about people and relationships, which was the important thing about literature. And I told them they hadn’t read much science fiction, then.”

And it’s also a genre that has more women than people may realize.

This anthology is a step in the right direction, with women contributing to more than half the entries and editing it, too.

Leckie and the other writers turned in their stories throughout the spring and summer.

“We just didn’t know what to expect. It was just so cool to see how they’d taken this and really run with it, how much of the technology and researchers’ work they brought in and brought to life,” Linn says. “Some took elements of different research and melded them together in ways I wouldn’t have thought of.”

Linn and Henshaw also wanted to give the writers – and artists – a chance to do something a little bit different, more edgy.

“If you look at the graphic novel that we included from Blue Delliquanti and Michele Rosenthal, putting that smack dab in the middle of printed text is going to be a bit of a surprise to readers, in a really fun way,” Henshaw says. “We also tapped an up-and-coming artist who has powerful images that we thought would really coincide and intersect with the science and tech fields we wanted to portray in these pieces.”

A lot of the researchers were fans of the writers, and vice-versa, which led to lively conversations and the energetic prose that infuses the anthology.

Skype Translator came through in several stories, which isn’t too surprising given the technology’s roots in the sci-fi canon.

“There is a good track record of Microsoft Research turning things that maybe seem like science fiction into reality. Skype Translator, in many ways, is inspired by a classic work of science fiction – ‘Star Trek’ and the universal translator,” Clayton says. “If you’d have said to people 10 years ago, yeah we’re going to have one of those things and it’ll be freely available to anyone in the world, they would’ve laughed. That’s what the combination of Skype and Microsoft Research have delivered – a literal piece of science fiction from ‘Star Trek’ and delivered it as something people can now download for free.”

Whether a reader takes it in digitally or through the pages of a print book, it’s going to be an experience that takes them both far in their imagination – but nearer than they think as a scientific reality.

Download “Future Visions” and read more about it – and see if it sparks something in you, too.