COLUMBUS, Ohio – Just a few minutes of listening to mainstream rock music was enough to influence white college students to favor a student group catering mostly to whites over groups serving other ethnic and racial groups, a new study found.

While the rock music had no lyrics related to race or ethnicity, the music itself may unconsciously bring to mind positive feelings among white people about others like themselves, said Heather LaMarre, lead author of the study, who did the work as a doctoral student in communication at Ohio State University.

“Rock music is generally associated with white Americans, so we believe it cues white listeners to think about their positive association with their own in-group,” said LaMarre, who is now an assistant professor of journalism and mass communication at the University of Minnesota.

“That was enough for them to show more support for a student group representing mostly whites.” 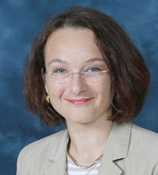 Students in a third group listened to radical white-power rock, a genre tied to white supremacist groups. These students gave more support to the white group than students who listened to rock or pop music, and gave the least support to African-American and Arab-American groups.

LaMarre conducted the study with Silvia Knobloch-Westerwick, associate professor, and Greg Hoplamazian, a graduate student, both in communication at Ohio State.

The study appears in the March 2012 issue of the Journal of Broadcasting and Electronic Media.

“Music has a lot of power to influence our thoughts and actions, more than we often recognize,” Knobloch-Westerwick said.

The study involved 148 undergraduate students, who were told they would be participating in a study concerning the funding of student groups on campus using tuition funds.

When each participant arrived for the study, they were told to wait for the beginning of the session. They were placed in a waiting room with music playing softly in the background. They were not allowed to have access to any other media, including music players, computers, phones or reading materials.

Participants sat for seven minutes while the music played in the background. They listened to one of three types of music: mainstream rock (artists included Bruce Springsteen and The White Stripes), Top 40 pop music (including Justin Timberlake, Fergie and Akon and Gwen Stefani), or radical white power rock (including the bands Prussian Blue, Screwdriver, and Bound for Glory).

The participants were then called in and told they had the opportunity to give feedback about how their tuition money should be distributed to four student groups.

Findings showed that those who listened to the Top 40 music split the funds nearly equally – about one-fourth of the money to each of the four groups.

Those who listened to the mainstream rock gave about 35 percent of the funds to the white-American group – and roughly equal amounts to the other three groups.

“We saw very targeted, almost punitive take-aways from the African-American and Arab-American groups by those who listened to the radical white power rock,” Knobloch-Westerwick said.

“Those who listened to the rock music gave more to the white group, but split the rest equally among the other three – in other words they weren’t punitive against the others as were the listeners of the white power rock.”

Knobloch-Westerwick said the findings shouldn’t be interpreted to mean that the students in the study who heard the white-power rock or the mainstream rock are racists.

Many studies have shown that nearly everyone has unconscious biases — racial and otherwise — that we are not even aware of. Listening to certain types of music may activate those biases without people even knowing it, Knobloch-Westerwick said.

While this study only involved white students and three genres of music, she said it’s likely that other races and ethnicities have their own biases which could be activated by listening to music, whether it is rap, country or any other type.

“Everyone shows some form of in-group favoritism, and music is just one way to reinforce those biases.”

LaMarre said she was most surprised about the results concerning the rock music listeners.

“It shows that it is not just the lyrics that matter. Good, old-fashioned rock and roll – with no incendiary or hateful lyrics at all – was enough of a cue to increase the percentage of money allocated for the white-American group,” she said.

“This appears to be the first study to show that music genre itself, not just the lyrics, has the potential to be a very powerful influence on people.”

LaMarre said the results concerning the radical white-power rock weren’t related to the music sounding a lot different than the rock and pop music. In fact, the songs used in this study sounded very similar to mainstream rock, other than the lyrics. The band Prussian Blue, for example, featured two teenage girls who played a relatively mellow form of rock – not the aggressive, heavy-metal sound often associated with hate-group music.

Knobloch-Westerwick said they hope to continue this research.

“There’s still a lot to learn about how people use music and other forms of entertainment to bolster various parts of their identity,” she said.