2008 recommendations from federal task force had no impact

New research confirms that the controversial decision by Warren Buffett – the 81-year-old CEO of Berkshire Hathaway – to undergo a blood test screening for prostate cancer despite his age is hardly unusual. Despite recommendations in 2008 from the United States Preventive Services Task Force against testing for prostate cancer in men aged 75 years or older, almost half of men in that age group continue to get screening tests.

In 2005, before the recommendations were released, 43 percent of men age 75 and above elected to take the prostate-specific antigen (PSA) test. In August 2008, the Task Force stated it “recommends against the service,” arguing “there is moderate or high certainty the service has no net benefit or that the harms outweigh the benefits.” 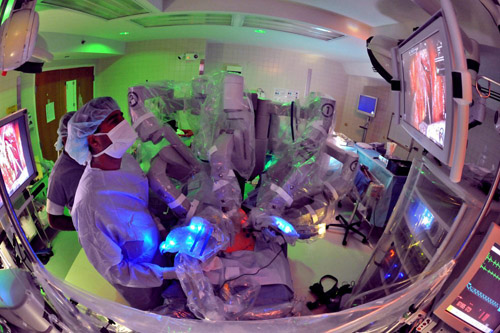 Doctors perform a robotic prostatectomy, a robot-assisted procedure to remove all or part of the prostate gland. Photo by Bruce Powell

Survey results from 2010, however, published in the April 25, 2012, issue of JAMA, found that two years after the Task Force’s recommendations were announced, the screening rate for that group of men had gone up slightly, to 43.9 percent. This is higher than the rates for men in their 40s (12.5 percent) or 50s (33.2 percent), who are more likely to benefit from early diagnosis and treatment. Only men aged 60 to 74 were more likely to get the screening test (51.2 percent).

“PSA screening for more than 40 percent of men 75 or older is inappropriate,” said study author Scott Eggener, assistant professor of surgery at the University of Chicago Medicine. “Selective screening is reasonable to consider for the healthiest men over age 75, but for the large majority of men in this age group, early detection can lead to treatment of a disease that will probably never cause a problem. A substantial proportion of men over 75 with an elevated PSA will die from something else before a prostate cancer interferes with the quality or duration of their life.” 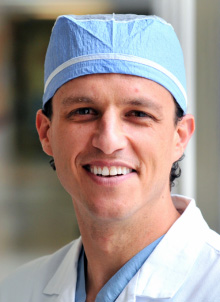 “Our data are likely an underestimate,” the authors note. They worked with information from the 2005 and 2010 Cancer Control Supplements, part of the annual National Health Interview Survey, which gathers information through in-person interviews and is a representative sample of the U.S. population. “Self-reported screening rates in the NHIS,” they note, “are predominantly lower compared with medical record extraction.”

The revised draft recommendations presented in October 2011 by the USPSTF are even more critical of PSA screening than the 2008 version, suggesting there was not enough evidence that PSA screening improves health outcomes to routinely recommend the test for men at any age. “Prostate-specific antigen–based screening results in small or no reduction in prostate cancer–specific mortality,” the Task Force concludes. It is associated with “harms related to subsequent evaluation and treatments, some of which may be unnecessary.” These draft recommendations are not finalized yet but are expected to be forthcoming soon.

Clinical practice patterns following the 2011 USPSTF recommendations “should be monitored,” the study authors conclude. Even if PSA screening is discouraged in the final USPSTF recommendation, “I’m not anticipating a massive change in utilization,” Eggener said, based on a general tendency for individuals and physicians to support cancer screening, evidence that fewer men are dying of prostate cancer since the introduction of PSA, subsequent confusion about the recommendation among the general public, and ongoing concern about the disease.