The victory of the Spaniards over the Dutch in the World Cup will help the economy, experts say.

The euphoria of the victory improves the mood of the population, and the population in a good mood begins to spend more money and shop more frequently.

According to ING and ABN Amro banks, the gold medal of the Spanish national team will boost the country’s GDP growth by 0.25-0.5%.

Six months ago, Spain’s stock market index IBEX-35 fell by 15.8% and was among the worst in Europe. But during the World Cup the index instantly won back 5.2%.

However, Industry Minister Miguel Sebastian said that after the victory in South Africa experts raised the economic forecasts and ratings of Madrid, which has a positive impact on the image of Spain in the international market and helps the country to end the year in the black. 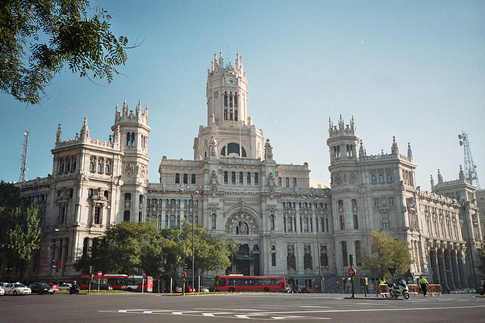 It is worth noting that after the victory of Italy in the World Championship in 2006, ABN Amro economists have revised growth forecast for the Italian economy from 0.2 to 1.7%. The increase was even greater. According to Eurostat , the GDP grew by 2%. “Improved image of Spain will actively sell our products and services in other countries such as China, where they like our team,” Bloomberg quoted the Minister of Industry of Spain.

So far, the only Spanish “products” purchased by China are bonds. However, the Government counted for this type of assistance.

According to the Financial Times, China has become one of the main buyers of Spanish state bonds. According to the publication last Tuesday, China bought 10-year-old Spanish bonds worth 400 million Euros ($505 million). This is very strange, considering that in the recent months Asian funds were cautious about debt securities of the euro zone countries.

Despite the optimistic statements of the experts, Span’s victory in the World Cup will not have a lasting effect. Obviously, the short-term spur of demand cannot solve the systemic problems of the economy.

As for debt problems, the Chinese purchase could attract the attention of investors, particularly Asian ones, and somewhat lower the cost of borrowing. However, this victory is not capable of ridding the country of debt that exceeds half of the annual GDP.

The economic situation in Spain remains difficult. Economic downturn in the first quarter amounted to 1.3%, unemployment – approximately 20%, the budget deficit – 11.2% of the GDP, and the level of national debt – 53% of the GDP.

As a result of another Spanish football victory, the country can expect some recovery in the area of sports tourism. But in the current situation it is doubtful that the government or Spanish business ventures decide to make multimillion-dollar investment in sports infrastructure, which the country has no issues with.

Moreover, the share of the sports industry in the structure of the national economy is not high enough to become a driving force for growth. Thus, this is simply a wishful thinking of the Spanish government that is trying, at the same time, to get the most out of the victory of its national team.

*The post is written by – Vitaly Salnik
*Source: Pravda