By looking at signature chemical differences in the DNA of various immune cells called leukocytes, scientists have developed a way to determine their relative abundance in blood samples. The relative abundance turns out to correlate with specific cancers and other diseases, making the technique, described in two recent papers, potentially valuable not only for research but also for diagnostics and treatment monitoring.

PROVIDENCE, R.I. [Brown University] — When a person is sick, there is a tell-tale sign in their blood: a different mix of the various types of immune cells called leukocytes. A group of scientists at several institutions including Brown University has discovered a way to determine that mix from the DNA in archival or fresh blood samples, potentially providing a practical new technology not only for medical research but also for clinical diagnosis and treatment monitoring of ailments including some cancers.

The key to the new technique, described in two recent papers, is that scientists have identified in each kind of leukocyte a unique chemical alteration to its DNA, called methylation. By detecting these methylation signatures in a patient’s blood sample and applying a mathematical analysis, the researchers are able to determine the relative levels of different leukocytes and correlate those with specific diseases.

“You can simply look at the DNA and discern from the methylation marks the relative abundance of different type of leukocytes,” said Karl Kelsey, professor of pathology and laboratory medicine in the Warren Alpert Medical School of Brown University and a senior author on both papers. “It’s a way to more easily interrogate the immune system of a lot of people.”

Other tests, using flow cytometry, can already sort through the abundance of different leukocytes in a blood sample, but they require the blood to be fresh and leukocyte cell membranes to be intact. Because the DNA in a blood sample remains even after cells have died and degraded, tests based on detecting methylation could help doctors or researchers analyze a patient’s blood sample that has either aged or has simply not been kept fresh. 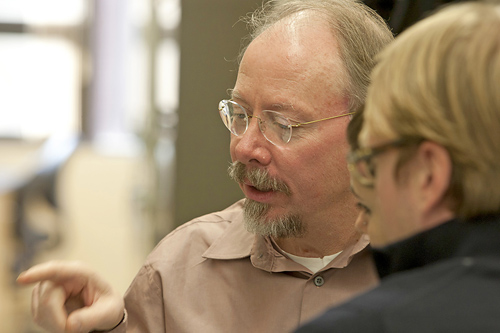 In a paper published in advance online June 19 in Cancer Epidemiology, Biomarkers, and Prevention, the researchers describe using their technique to distinguish accurately which blood samples came from patients with head and neck squamous cell carcinoma, ovarian cancer, or bladder cancer. By using methylation to determine the leukocyte populations in each sample, they could predict that the same samples were as much as 10 times more likely to have come from a patient with ovarian cancer than a healthy control patient, six times more likely to be from a head and neck cancer patient than a healthy control, or twice as likely to be from a bladder cancer patient than a control.

“Our approach represents a simple, yet powerful and important new tool for medical research and may serve as a catalyst for future blood-based disease diagnostics,” wrote the authors, who hail from Dartmouth, Oregon State University, the University of Minnesota, and the University of California–San Francisco, as well as Brown. Several authors worked with Kelsey at Brown during the research.

They describe the technique and its analytical methods in deep mathematical detail in another paper published in May in BMC Bioinformatics. They also report experiments that included analyses of the leukocyte mix of noncancer conditions such as Down syndrome and obesity.

The paper found many examples of differences between the immune cell mix of healthy controls and people with specific illnesses. For example, obese African Americans had an estimated increase in granulocyte leukocytes of about 12 percentage points. People with Down syndrome, had 4.8 percentage points fewer B cells. For head and neck cancer, they noted a 10.4 percentage point drop in CD4+ T-lymphocytes.

“Any disease that has an immune-cell mediated component to it would have applicability,” Kelsey said.

In both papers, the authors said they expect that the technique will be applied in clinical and research efforts.

“Our approach provides a completely novel tool for the study of the immune profiles of diseases where only DNA can be accessed,” the authors wrote in Cancer Epidemiology Biomarkers and Prevention. “That is, we believe this approach has utility not only in cancer diagnostics and risk-prediction, but can also be applied to future research (including stored specimens) for any disease where the immune profile holds medical information.”

In addition to Kelsey, other authors on both papers are Devin Koestler, Carmen Marsit, and Brock Christensen of Dartmouth; E. Andres Houseman of Oregon State; Heather Nelson of Minnesota; William Accomando of Brown; and John Wiencke of UCSF. On the Cancer Epidemiology Biomarkers and Prevention paper, Scott Langevin of Brown and Margaret Karagas of Dartmouth are co-authors.

The National Institutes of Health funded the research in both papers. Support for the Cancer Epidemiology Biomarkers and Prevention paper also came from the Flight Attendant Medical Research Institute.