LOS ALAMOS, N.M. — Combine the tree-ring growth record with historical information, climate records, and computer-model projections of future climate trends, and you get a grim picture for the future of trees in the southwestern United States. That’s the word from a team of scientists from Los Alamos National Laboratory, the U.S. Geological Survey, University of Arizona, and other partner organizations.

The research, published in Nature Climate Change this week, concluded that if the Southwest is warmer and drier in the near future, widespread tree mortality likely will cause substantial changes in forest and species distributions.

The researchers aligned some 13,000 tree core samples with known temperature and moisture data, further blending in historical events such as documented megadroughts that drove the ancient Pueblo Indians out of longtime settlements such as those at Mesa Verde, Colorado.

“The strength of this study is the integration of scientific tools to understand the future of an important regional ecosystem under stress from climate change,” said USGS Director Marcia McNutt. “By combining historical records extending back one thousand years to understand the relationship between climate and forest health, statistical and ecological studies to tease out which climatological variables matter most to forest growth, and computer models of regional climate, the result is a prediction of declining prospects for southwestern forests.”

By comparing the tree-ring record to climate data collected in the Southwest since the late 1800s, the scientists identified two climate variables that estimate annual southwestern tree-growth variability with exceptional accuracy: total winter precipitation and average summer-fall atmospheric evaporative demand. Southwestern U.S. forests grow best when total winter precipitation is high combined with a summer and fall that aren’t too hot or too dry. 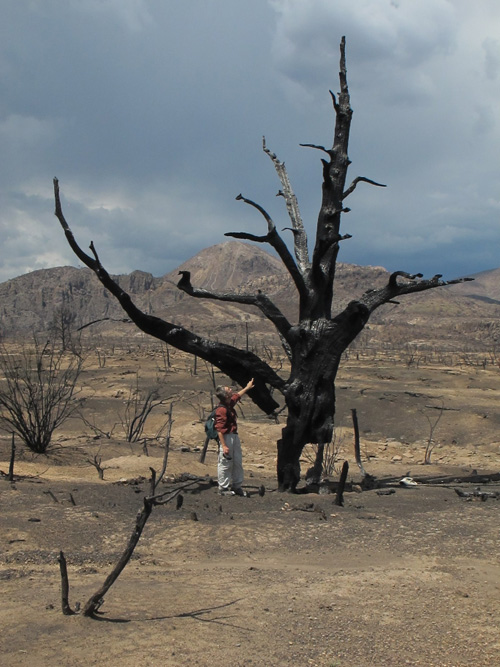 Findings that summer-fall atmospheric evaporative demand is just as important as winter precipitation have critical implications for the future of southwestern forests. “Atmospheric evaporative demand is primarily driven by temperature,” said A. Park Williams, the study’s lead researcher. “When air is warmer, it can hold more water vapor, thus increasing the pace at which soil and plants dry out. The air literally sucks the moisture out of the soil and plants.”

These trends, the researchers noted, are already occurring in the Southwest, where temperatures have been generally increasing for the past century and are expected to continue to do so because of accumulating greenhouse gases in the atmosphere. There still will be wet winters, but increased frequency of warmer summers will put more stress on trees and limit their growth after wet winters, the study said.

“We can use the past to learn about the future,” Williams said. “For example, satellite fire data from the past 30 years show that there has been a strong and exponential relationship between the regional tree-ring drought stress record and the area of southwestern forests killed by wildfire each year. This suggests that if drought intensifies, we can expect forests not only to grow more slowly, but also to die more quickly.” 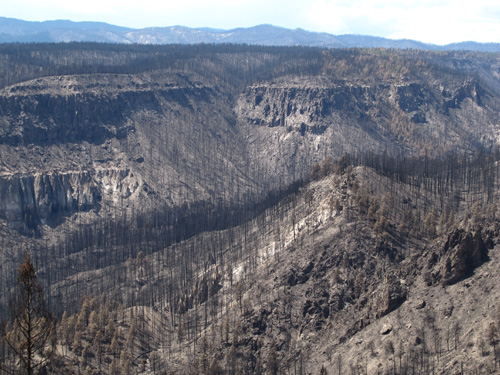 Co-author Thomas W. Swetnam said, “The new ‘Forest Drought Stress Index’ that Williams devised from seasonal precipitation and temperature-related variables matches the records of changing forest conditions in the Southwest remarkably well.” Swetnam, director of University of Arizona’s Laboratory of Tree-Ring Research, added, “Among all climate variables affecting trees and forests that have ever been studied, this new drought index has the strongest correlation with combined tree growth, tree death from drought and insects, and area burned by forest fires that I have ever seen.”

The study points out that very large and severe wildfires, bark-beetle outbreaks and a doubling of the proportion of dead trees in response to early 21st-century warmth and drought conditions are evidence that a transition of southwestern forest landscapes toward more open and drought-tolerant ecosystems may already be underway.

And while 2000s drought conditions have been severe, the regional tree-ring record indicates there have been substantially stronger megadrought events during the past 1,000 years. The strongest megadrought occurred during the second half of the 1200s and is believed to have played a primary role in the abandonment of ancient Puebloan cultural centers throughout the Southwest. The most recent megadrought occurred in the late 1500s and appears to have been strong enough to kill many trees in the Southwest.

“When we look at our tree ring record, we see this huge dip in the 1580s when all the tree rings are really tiny,” Williams said. “Following the 1500s megadrought, tree rings get wider, and there was a major boom in new trees. Nearly all trees we see in the Southwest today were established after the late-1500s drought, even though the species we evaluated can easily live longer than 400 years. So that event is a benchmark for us today. If forest drought stress exceeds late 1500 levels, we expect that a lot of trees are going to be dying.” 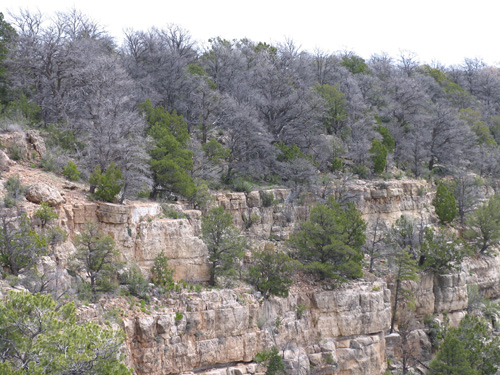 Will future forest drought-stress levels reach or exceed those of the megadroughts of the 1200s and 1500s?

Using climate-model projections, the team projected that such megadrought-type forest drought-stress conditions will be exceeded regularly by the 2050s. If climate-model projections are correct, forest drought-stress levels during even the wettest and coolest years of the late 21st century will be more severe than the driest, warmest years of the previous megadroughts. The study forecasts that during the second half of this century, about 80 percent of years will exceed megadrought levels.

The current drought event, which began in 2000, is a natural case study about what to expect from projected climate scenarios. While average winter precipitation totals in the Southwest have not been exceptionally low, average summer-fall evaporative demand are the highest on record.

And trees, Williams says, are paying the price. The team concluded forest drought stress during more than 30 percent of the past 13 years, including 2011 and 2012, matched or exceeded the megadrought-type levels of the 1200s and 1500s megadroughts. The only other 13-year periods when megadrought-type conditions were reached with such frequencies in the past 1,000 years were during the megadroughts themselves.

UA co-author Daniel Griffin said, “This research is distinctly different from work done in a similar vein in two ways: one, it puts these projections for the future in a concrete historical context, and two, it shows that the impacts on the forests will not be restricted to one species or one site at low elevation, but in fact will take place at forests across the landscape.” 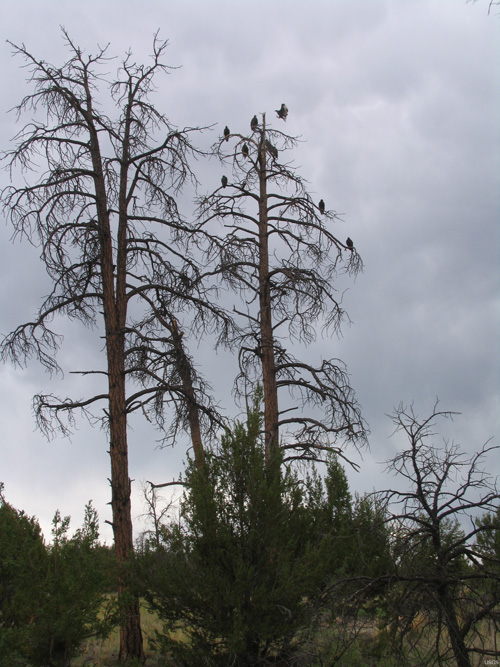 Dead Ponderosas in Jemez, N.M. Drought and climate change are causing extensive forest dieback in the U.S. West as well as worldwide. These photos show dead ponderosa pines in the Jemez Mountains of New Mexico killed by a combination of drought stress and attacks by bark beetles on weakened trees. Image credit: Craig D Allen, USGS