In what could be an early step toward new treatments for people with osteoporosis, scientists at Michigan State University report that a natural probiotic supplement can help male mice produce healthier bones.

Interestingly, the same can’t be said for female mice, the researchers report in the Journal of Cellular Physiology.

“We know that inflammation in the gut can cause bone loss, though it’s unclear exactly why,” said lead author Laura McCabe, a professor in MSU’s departments of Physiology and Radiology. “The neat thing we found is that a probiotic can enhance bone density.”

Probiotics are microorganisms that can help balance the immune system. For the study, the researchers fed the mice Lactobacillus reuteri, a probiotic known to reduce inflammation, a sometimes harmful effect of the body’s immune response to infection.

“Through food fermentation, we’ve been eating bacteria that we classify as probiotics for thousands of years,” said co-author Robert Britton, associate professor in the Department of Microbiology and Molecular Genetics. “There’s evidence that this bacterium as a species has co-evolved with humans. It’s indigenous to our intestinal tracts and is something that, if missing, might cause problems.” 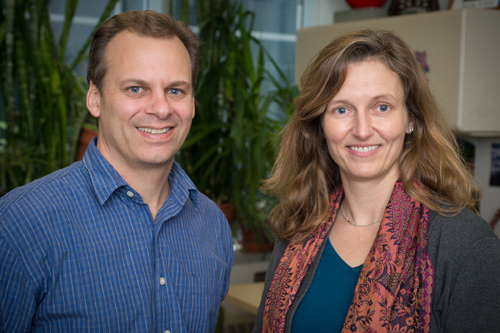 In the study, the male mice showed a significant increase in bone density after four weeks of treatment. There was no such effect when the researchers repeated the experiment with female mice, an anomaly they’re now investigating.

By 2020, half of all Americans over 50 are expected to have low bone density or osteoporosis, according to the National Osteoporosis Foundation. About one in two women and one in four men over 50 will break a bone due to osteoporosis.

Drugs to prevent bone loss in osteoporosis patients are already in wide use, but over the long term they can disrupt the natural remodeling of bone tissue and could potentially have negative side effects that include unusual bone fractures and joint and muscle pain. 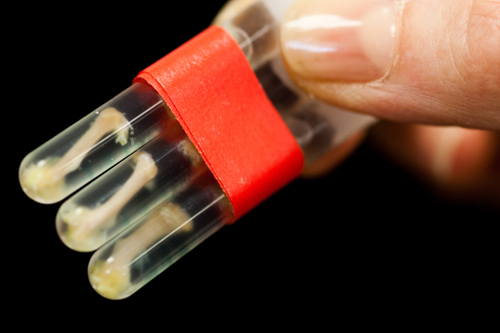 McCabe and Britton are quick to point out that this line of research is in its early stages and that results in mice don’t always translate to humans. But they’re hopeful the new study could point the way toward osteoporosis drugs that aren’t saddled with such side effects, especially for people who lose bone density from an early age because of another chronic condition.

“People tend to think of osteoporosis as just affecting postmenopausal women, but what they don’t realize is that it can occur with other conditions such as inflammatory bowel disease and Type 1 diabetes,” she said. “You don’t want to put your child on medications that reduce bone remodeling for the rest of their life, so something natural could be useful for long-term treatment of bone loss that begins at childhood.” 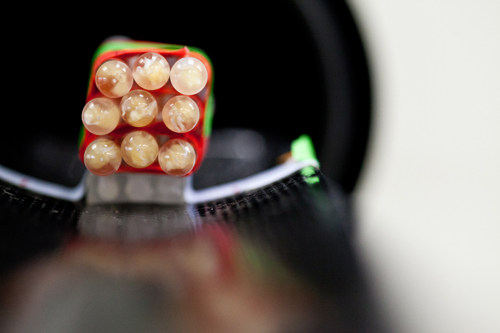 The research was supported by grants from the National Institutes of Health and MSU. Research assistants Regina Irwin and Laura Schaefer co-authored the paper.