We all know about the harm that can be caused by pesticides. While being misused, pesticides can have a negative impact on the plants, animals and human health. Animals that eat the treated with pesticides plants, have a small amount of pesticides left in their organisms. Being a food to a human, such animals represent a certain risk to human health. Not only the meat can be intoxicated with pesticides but also eggs, milk and the further products of milk production.

While working with pesticides, people accumulate them in the organism, what, in turn, may lead to the chronic diseases. Human needs have increased immensely, and people nowadays can’t eliminate the use of pesticides.

Nevertheless, there are not only negative sides of pesticides; they are of a benefit to the agriculture. When used in the right time, in the right amount, pesticides protect the agricultural products from potential hazards, which may be caused by vermin. Thus, the use of pesticides rescues the economics of the country. If the country stopped using the pesticides, the export of products would not be realized because of the lack of them. The import of supply would be needed. 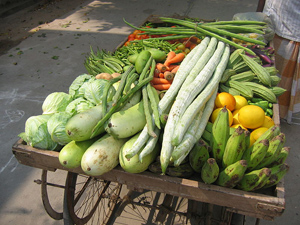 The use of herbicides contributes to the increase of the yields of cereals on 10-20 percent. In undeveloped countries the disuse of pesticides is not that evident, and still, such countries can supply the population with the necessary amount of goods. Meantime, in developed countries the situation is completely opposite, the use of pesticides is demanding, as being providers of products, they have to grow a certain amount of plants.

Taking into consideration the usage of pesticides not in agriculture, we must admit, that they help to prevent some diseases that are spread by the insects or ticks, such as plague, malaria, yellow fever, typhoid fever and some others. The mechanical removal of the insects is not that effective, and what’s more, they are adapted to the created adverse conditions and can reproduce in such environment. That means, the pesticides are really important in this situation. Moreover, the long-acting pesticides save millions of homes from termites.

Pesticides can help the ecosystems to restore the balance that was disturbed by the invasion of some species.

A huge benefit of pesticides is in the ravage of weeds. Just imagine how much time would be needed to remove all the weeds if not the usage of pesticides. The mechanical removal of them would cost much more.

It is actually difficult, to define the brink between the negative and positive sides of the pesticides as they are focused on pest control. Though much harm is done to the human health, first of all. Still, the human is to blame, as he himself uses the pesticides to improve the standard of living.

The fact of the negative impact of the pesticides can not be denied, though we can still see the positive quality of them. They increase the production of agricultural products, improve the quality of food, and help the people to remove the insects.

*About the author: Paul Smith is an online writer. He is passionate about writing on business, health and self-development topics. Paul is also working as a writer for a popular essay writing service. Paul can be contacted via Google+