COLLEGE PARK, Maryland – The Israeli public is wary of launching airstrikes aimed at disrupting Iran’s ability to develop nuclear weapons, reports a new public opinion poll by researchers at the University of Maryland.

Only 19 of percent of all Israelis favored a go-it-alone strike by Israel, while 42 percent supported a strike only with U.S. backing, and 34 percent opposed any strike. Survey findings for Israeli Jews closely paralleled the results for the entire population of the nation. 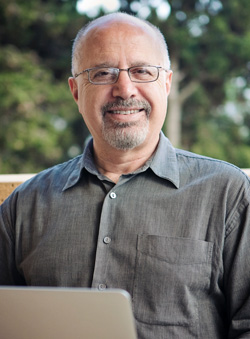 “Iran’s nuclear program is likely to top their agenda, and Netanyahu will enter the talks with his public divided,” Telhami says. “Israeli leaders may decide to strike without U.S. support, but a detailed analysis of the poll suggests that their public wants them to follow Washington’s lead, and Israelis appear to be influenced by America’s judgment.”

Israelis do not appear to be motivated by fears of potential American punishment, Telhami adds. Instead, the Israeli public seems driven by an assessment of the consequences of a strike against Iranian nuclear targets.

Roughly 51 percent of respondents say the war would last months (29 percent) or years (22 percent). Only 18 percent expect it to last days. About as many Israelis (44 percent) think a strike would actually strengthen Iran’s government, as those who think it would weaken it (45 percent).

Meanwhile, two-thirds of Israelis expect Hezbollah to join Iran in retaliation against Israel – even if Israel does not strike Hezbollah forces. Another 27 percent believe Hezbollah would join only if attacked.

The poll also asked Israelis whom they preferred in a paired competition in the U.S. presidential race. A significant minority expressed no opinion or chose none of the candidates.

Though the results were sometimes close – within the margin of error – Obama tied Mitt Romney at 29 percent and was the clear favorite over every other Republican rival still in the race. Obama led Santorum (33 percent to 18 percent); Newt Gingrich (32 percent to 25 percent); and Ron Paul (32 percent to 21 percent).

The poll was fielded by Israel’s Dahaf Institute between February 22 and February and February 26. Sample size: 500. Sampling error: plus or minus 4 percent.