UCLA stem-cell researchers have identified a certain type of cell and a signaling pathway in the placental niche that play a key role in stopping blood stem cells from differentiating into mature blood cells in the placenta. Preventing this premature differentiation is critical to ensuring a proper blood supply for an individual’s lifetime.

The placental niche is considered a stem cell “safe zone,” which supports the creation and expansion of blood stem cells without promoting their differentiation into mature cells. This allows for the establishment of a pool of precursor cells that will later provide blood cells for fetal and post-natal life, said the study’s senior author, Dr. Hanna Mikkola, an associate professor of molecular cell and developmental biology at UCLA and a researcher at UCLA’s Eli and Edythe Broad Center of Regenerative Medicine and Stem Cell Research. 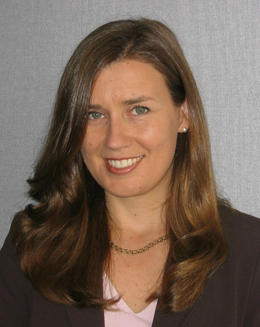 Mikkola and her team found that PDGF-B signaling in specialized cells in the placenta called trophoblasts — which facilitate embryo implantation and exchanges of nutrients between the mother and fetus — is vital to maintaining the unique micro-environment needed for the blood precursor cells. When PDGF-B signaling is halted, these blood precursors differentiate too early, creating red blood cells in the placenta, Mikkola said.

“We had previously discovered that the placenta provides a home for a large supply of blood stem cells that are maintained in an undifferentiated state,” Mikkola said. “We now found that by switching off one signaling pathway, the blood precursors in the placenta start to differentiate into red blood cells. We learned that the trophoblasts act as powerful signaling centers that govern the niche safe zone.”

The study found that PDGF-B signaling in the trophoblasts suppresses production of erythropoietin (EPO), a cytokine, or cell-signaling protein molecule, that controls the differentiation of blood stem cells into red blood cells.

“When PDGF-B signaling is lost, excessive amounts of EPO are produced in the placenta, which triggers differentiation of red blood cells in the placental vasculature,” said the study’s first author, Akanksha Chhabra, a postdoctoral fellow in Mikkola’s lab.

Mikkola and Chhabra used mouse models in which the placental structure was disrupted so that the researchers could observe what cells and signaling pathways were important components of the niche.

“The idea was, if we mess up the home where the blood stem cells live, how do these cells respond to the altered environment,” Chhabra said. “We found that it was important to suppress EPO where blood stem-cell expansion is desired and to restrict its expression to areas where red blood cell differentiation should occur.”

The finding, Chhabra said, was exciting in that one single molecular change “was enough to change the function of an important blood stem-cell niche.”

“We’ve been able to learn in the last few years about the niche cells in adult bone marrow, but we didn’t know much about them during fetal development,” Mikkola said. “All hematopoietic niches in the embryo are unique in their own way; the stem cells are made in one location, expand in another and differentiate somewhere else. This is the first study that identifies a key niche cell and a signaling pathway in the placenta that allows it to do what it was destined to do, create a safe zone for the blood stem cells.”

“The discovery of PDGF-B signaling in the trophoblasts as an important regulator of local EPO levels in the placenta reveals a developmental stage and niche-specific mechanism for regulating EPO expression, which is critical for governing the fates of blood stem cells during their developmental journey,” the study states. “This work gives new insights into the goal of recreating the different types of hematopoietic niches in vitro as well as furthers our understanding of the etiology of developmental defects originating from the placenta.”