In Guardians of Finance, economists Ross Levine, James R. Barth, and Gerard Caprio Jr. argue that the financial meltdown of 2007 to 2009 was no accident — it was negligent homicide. Levine speaks with Deb Baum about how that happened, what can be done, and why the home team always seems to win.

A new book co-authored by Brown University economist Ross Levine argues that the reason the United States suffers financial crises time and time again is because the major regulatory agencies — the so-called “guardians of finance” — do not work for the public. Instead, they frequently work in the best interests of the financial services industry, the very entities they are supposed to be regulating. Guardians of Finance: Making Regulators Work for Us, published in February by MIT Press, goes beyond telling us what went wrong. The authors also suggest reforms needed to prevent the next crisis. 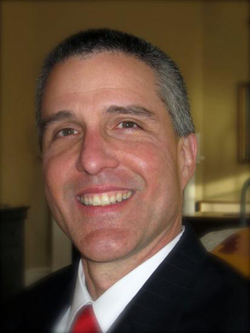 Levine, the James and Merryl Tisch Professor of Economics and director of the Rhodes Center for International Economics, explains the factors leading up to the financial meltdown, what changes are needed, and how this all relates to the home field advantage in sports.

Guardians of Finance alleges that the financial crisis was largely avoidable. Whose fault was it?

We say it was the fault of the guardians — that is, the Federal Reserve, Federal Deposit Insurance Corporation, and the Securities and Exchange Commission, the grand poobahs of regulators. You can look at the decisions they made and the information they had available and again and again they chose policies that destabilized the system. That’s OK; people make mistakes. The issue is that they maintained those policies even as they were inundated with information that the policies were destabilizing the system. And we show that they had the power to change the policies. It was a choice.

Why didn’t they change the policies?

But what motivates them to behave in this way?

We don’t think this is a story of corruption. If corruption were the problem, then the answer would be better monitoring of the regulators to make sure they don’t do something illegal. Our argument is that what’s happening is much more subtle, much more human.

The insight for this actually came from reading Sports Illustrated. There’s a book called Scorecasting by economist Tobias J. Moskowitz and sports writer L. Jon Wertheim. They grew up together and wanted to explore the true question of their youth: Why does the home team win so much? There are massive amounts of data from sports all over the world demonstrating a huge home field advantage. Moskowitz and Wertheim show that it’s not because players perform worse on the road or better at home. The bulk of the home field advantage is explained by the systematic biases of officials, referees, and umpires — they are always biased for the home crowd.

The issue is that they conform to the community in which they are operating, which is a very human instinct. If you ask them, they don’t believe they are biased. They are not cheating. They are not doing anything illegal. They are doing their jobs to the best of their abilities … so you can’t legislate against it. But they are still biased. And they’re especially biased when the game is really important. For regulatory officials, the “home crowd” is the financial services industry.

Does this “home crowd” sports analogy give insight to a solution?

You propose specific steps for this, something you call a “Sentinel.”

The name Sentinel comes from the Federalist Papers in which Madison anticipated the problem that public officials might not always look out for the public’s interests. We propose a Sentinel to improve the process for selecting, implementing, and evaluating regulation.

Our proposal has three characteristics: First, the Sentinel would only have one power: It can demand any information it wants. Two, its only responsibility is to assess financial regulation on a regular basis and make those assessments public. Three, it has to be independent of short-term politics and independent of financial markets. The bottom line is that we need an expert entity with the information, that’s independent.

Just as the home field advantage in called strikes and balls disappears when umpires know they’re being digitally monitored … the Sentinel, by enhancing monitoring and transparency, will reduce regulatory bias before it manifests itself in official decisions. It will help make regulators work for us.