For years biologists have studied salamanders for their ability to regrow lost limbs. But amphibian biology is very different than human biology, so lessons learned in laboratories from salamanders are difficult to translate into medical therapies for humans. New research in the Sept. 27 issue of the journal Nature describes a mammal that can regrow new body tissues following an injury. The African spiny mouse could become a new model for research in regenerative medicine.

“The African spiny mouse appears to regenerate ear tissue in much the way that a salamander regrows a limb that has been lost to a predator,” said Ashley W. Seifert, a postdoctoral researcher in UF’s biology department. “Skin, hair follicles, cartilage — it all comes back.”

That’s not the case in other mammals, he said. Usually scar tissue forms to fill the gap created by a wound.

The spiny mouse also regrows tissue on its main body when injured but not as completely as it does in its ears. “On their backs, they regrow hair follicles and skin, but the muscle beneath the skin doesn’t regenerate,” Seifert said. 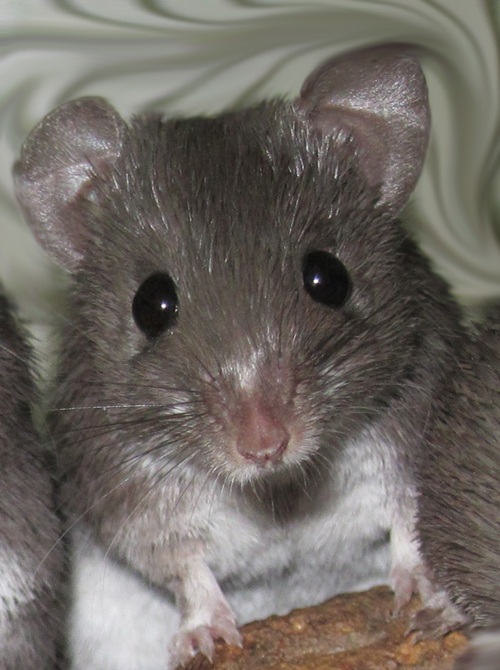 Seifert was studying scar-free healing in amphibians when a colleague told him that a small rodent he had observed in Africa seemed capable of autotomy, a defense mechanism whereby the animal self-amputates a body part to escape a predator.

“Autotomy in skinks, geckos and some salamanders is well known,” Seifert said. “But it is very rare in mammals, and so far we’ve only seen it in a few rodents that can jettison their tail.”

Seifert’s colleague said that the African spiny mouse appeared to have tear-away skin that allowed it to slip a predator’s grasp. The notion was interesting enough to send Seifert packing to the Mpala Research Centre near Nairobi, Kenya.

In Nairobi, Seifert was able to document the first known case of skin autotomy in a mammal. But it was how the animals’ injuries appeared to be healing that really got his attention.

Seifert used a 4mm biopsy punch, about the size of a large BB, to puncture holes in the ears of the mice to see if the animal showed regenerative capabilities.

“The results were astonishing,” he said. “The various tissues in the ear grew back through formation of blastema-like structures — the same sort of biological process that a salamander uses to regenerate a severed limb.”

Ken Muneoka, a Tulane University professor of cell and molecular biology who was not involved with the study, agrees that Seifert’s findings are important.

“It could represent a new model system for skin wound healing and tissue regeneration in humans,” he said.