Rewriting the Rules of Teamwork

EAST LANSING, Mich. — As scientists from different disciplines and regions help design a world-class nuclear research facility at Michigan State University, a team of MSU researchers will conduct one of the first major studies of how teams work together.

Using surveys, interviews and high-tech devices that monitor interaction, the researchers will study teamwork among the many groups of physicists, engineers and other scientists involved in the creation of the Facility for Rare Isotope Beams, or FRIB.

The three-year study is funded by a $1.1 million grant from the National Science Foundation.

John Hollenbeck, lead researcher on the study and professor of management, said the research could offer clues on how to better manage multiple teams. Research on this topic is scarce even though today’s high-tech, global economy increasingly involves collaboration by multiple teams from different professions and parts of the world.

“More than ever, teams have to work together with other teams, whether it’s in business, industry or science,” said Hollenbeck, who has studied teamwork in the business world and military for more than 20 years. “In many ways this is rewriting the rules of teamwork, which tend to be written for individual teams, not teams that have to work interdependently with other teams.” 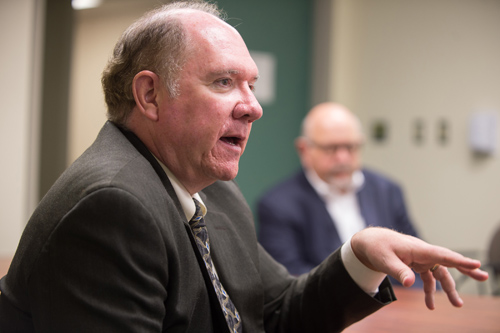 Management professor John Hollenbeck is leading a $1.1 million study of how multiple teams of scientists work together to create the Facility for Rare Isotope Beams, or FRIB. Photos by G.L. Kohuth

The researchers include Hollenbeck, Roger Calantone and Ralph Heidl, all from MSU’s Broad College of Business, and Jessica Carlo from the College of Communication Arts and Sciences. They will work in conjunction with the FRIB management team led by Thomas Glasmacher.

Construction on FRIB is ready to begin, pending approval from the U.S. Department of Energy, with completion expected in 2021. The facility will employ about 400 people, as well as create 5,000 construction jobs. About 100 new scientists, engineers and support personnel have joined the project since it began in 2009.

Part of the study involves equipping each team member with an electronic badge, about the size of a smart phone, which will record data as the team members interact. While the badge does not record the content of conversations, it can tell whether two scientists are face to face, how close they are to one another, the intensity of the conversation and other information.

“We’re going to collect an incredibly rich set of data with these devices,” said Heidl, an assistant professor of management. 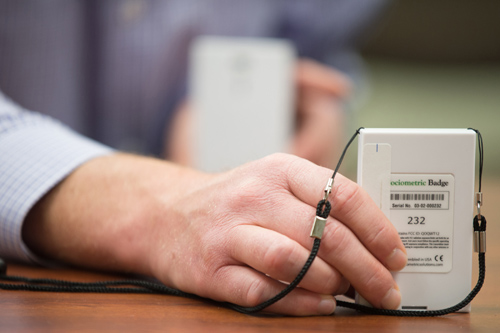 Scientists will wear an electronic badge that records a wealth of data, including how close they are to one another and the intensity of their conversation. Image credit: Michigan State University

Carlo, assistant professor of technology and innovation, will interview the team members – about 100 in all – essentially gathering human input on the teamwork equation.

“The old-school image is of a star scientist working alone in a lab, but many projects today are cutting edge and require skills from many different disciplines,” Carlo said. “You have to be a team player.”

A shadow structure can create problems, but also can be beneficial. The study aims to measure the effectiveness of both formal and informal structures when multiple teams are involved.

“These teams of scientists have been trained differently, they have different careers, yet they’re all coming together to get this work done,” said Calantone, a marketing professor and renowned innovator. 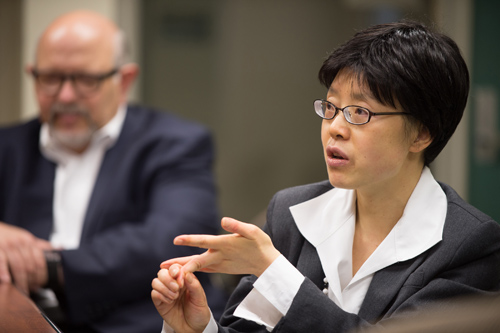 FRIB will be a new U.S. Department of Energy Office of Science national user facility for nuclear science, providing intense beams of rare isotopes to better enable scientists to make discoveries about the properties of these isotopes. This will enable researchers to gain deeper understanding into key scientific questions including the origins of stars and the universe. Isotopes discovered may have important applications for medicine, national security, material science and other uses. 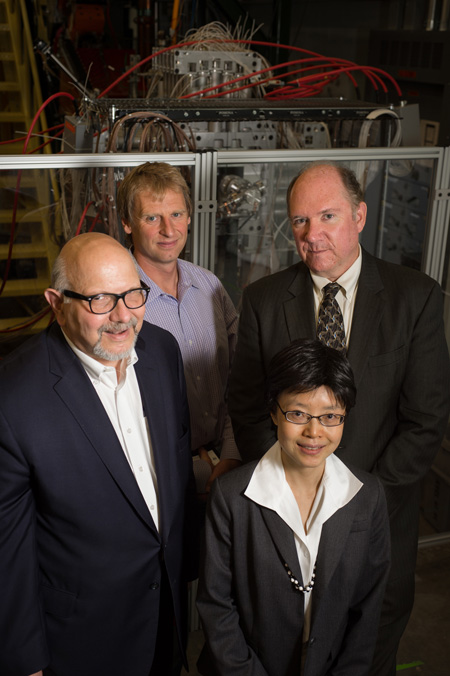