The real killer behind cancer

This story is short.  Not much is known about metastasis.

And that’s the point.

Metastasis—the spread of cancer from its origin—is responsible for about 90 percent of deaths from human solid-organ cancer, he says. Many metastasizing cells go to lymph nodes, where cells of the immune system are supposed to seek out and destroy them. Although some metastasizing cells escape to the bloodstream or bones, lymph nodes are so important that the extent to which metastasizing cells have invaded them is used in staging cancers.

After cancer surgery, pathologists examine lymph nodes from near the original tumor. Usually, they report only whether nodes are positive or negative for cancer cells. But there has to be more to the story, because some patients with positive nodes survive a long time, while others die within a few years. 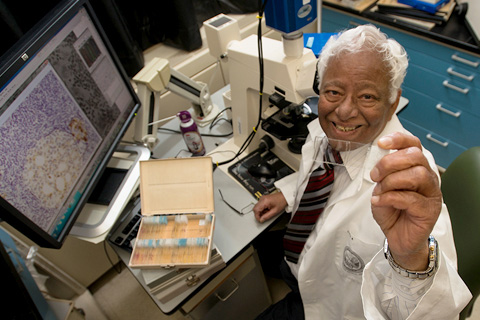 In a new study, published in Anticancer Research, Sinha and three colleagues looked deeper into what happens in nodes after cancer cells have metastasized there, seeking to explain the difference in survival times. Examining microscope slides of 32 cancer-positive pelvic lymph nodes from prostate cancer patients, they found that in some nodes and in some patients, the immune system seems to be doing its job because they saw dead and dying cancer cells in the nodes. In others, however, the cancer cells seem to have the upper hand; they weren’t dying.

The researchers hypothesize that patients whose nodes show significant cancer cell death will do better than those whose nodes show little or none because that may signal the rise of cells resistant to attack by the immune system. These patients may require more aggressive therapy.

Sinha suggests that patients with cancer-positive nodes ask to have their pathologist test to see whether the immune system or the cancer cells appear to be winning the battle in the nodes. (The test is routine in pathology labs.) Armed with that knowledge, their physician may want to adjust their therapy.

“Our study provides a basis for pathologists to assess the course and fate of metastatic cancer cells in nodes, which may help predict outcomes for patients,” says Sinha, a professor of genetics, cell biology and development and of urology at the University of Minnesota, a research scientist at the Minneapolis Veterans Affairs Medical Center, and a member of the Masonic Cancer Center, University of Minnesota. “This approach can be applied to breast, lung, pancreas, colon, and other solid organ cancers.” 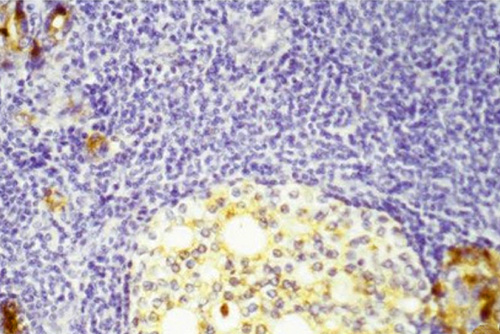 The researchers are now looking into the survival times of the patients whose lymph nodes they examined to see how survival correlates with the degree of cancer cell death in the nodes. They will also compare the genetic composition of metastatic cells in lymph nodes to those of cancer cells in the primary tumors in order to learn whether a cell’s genetic makeup determines where, and whether, it will metastasize.

Sinha emphasizes that the presence of positive nodes is not necessarily a death sentence, nor are negative nodes a sign that one “will live forever.”

“Our paper shows that some populations of metastatic cells are [susceptible to immune attack], and others are not,” he says. “This provides a potential explanation for the observation that some patients survive longer, even with metastatic disease.”