The stark contrast between America’s “me-first” culture and the “collective-good” mentality in China is reflected in the two countries’ use of social networking sites, according to a new study led by a Michigan State University scholar.

Linda Jackson, MSU professor of psychology, said Chinese citizens tend to be more interested in real-world relationships than online friendships and less inclined toward the self-promotion that’s popular on sites such as Facebook and Twitter.

“In the United States, it’s all about promoting yourself and taking credit for positive outcomes and denying blame for negative outcomes,” Jackson said. “In China, it’s the opposite. If something bad happens, you take the blame and talk about how you can improve. If something good happens, the credit is shared for the good of the group.” 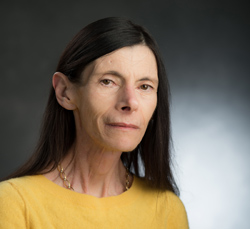 Jackson and Jin-Liang Wang, a researcher at China’s Southwest University, surveyed more than 400 college-aged residents from each country on their use of social network sites. The results are published in the journal Computers in Human Behavior.

Chinese children also are less likely than U.S. children to have multiple computers in the home. Because of the communal nature of Chinese culture, many homes have just one computer, located in a shared space.

But Jackson doesn’t see it as an issue with access. “If Chinese students really wanted to go online more, they easily could, whether it’s at home or at school. It’s more of a motivation factor,” she said.

“It becomes a question of what’s important in life. In China, it’s more important to sit down for a family dinner or concentrate on your homework or help your parents clean the house.”

“Because we are essentially social creatures, I cannot see good coming out of social isolation and practices that encourage aloneness and solitary activities,” she said. “And a lot of technology does this.