With all the talk these days about fructose, glucose, sucrose, high-fructose corn syrup, and sugar in general, it can be hard for a health-conscious person to sort out the truth.

“A lot of people are putting out their ideas as established fact,” says diabetes researcher and endocrinologist John Bantle, M.D., a professor of medicine at the University of Minnesota. “It’s hard to find the actual facts and then to interpret them.”

Bottom line: Too much sugar is bad, if only for the excess calories. But the story isn’t quite so simple.

Rising consumption—of just about everything

Traditionally, we got most of our sugar from sugar cane and sugar beets. Then a process was invented to turn cornstarch into high fructose corn syrup (HFCS), a mixture of about 55 percent fructose and 45 percent glucose. HCFS was introduced into many foods starting about 35 years ago. 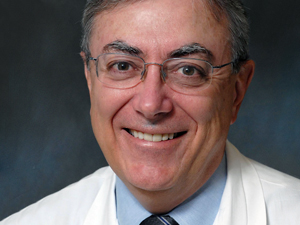 Because fructose was as sweet as sucrose and cheaper to produce, it displaced sucrose in many foods. Prices of sweetened food and, especially, beverages, went down, and consumption went up.

As have weight problems. But so have intakes of total calories and total carbohydrates (including starch), the number of restaurant and fast food meals, the prevalence of satellite and cable TV stations, video games, and even the number of cup holders per car. So, says Bantle, pinning down any one sugar or other factor as “the cause” of Americans’ current caloric excess is problematic.

Sugars in the lineup

Fructose (fruit sugar) occurs naturally in many fruits and vegetables. But in studies in which volunteers consumed 25 percent of their calories as added fructose, the fructose increased the level of post-meal (post-prandial) blood lipids, Bantle says.

“Fructose may be detrimental in large amounts, like 25 percent of caloric intake,” he explains. “It is mostly metabolized in the liver, and an excess could lead to fatty liver.”

On the other hand, diabetics who substitute fructose for other carbohydrates can decrease their blood glucose levels. So there’s a tradeoff, and fructose could be beneficial for people with diabetes. The higher blood lipid levels that may result could be a factor in atherosclerosis; but, says Bantle, “In my opinion, clinical trials haven’t confirmed this.”

As for glucose, the entire animal kingdom uses it as fuel. It is the building block of the starch in bread, potatoes, pasta, cereals, and rice; when we digest those starches, glucose is released and absorbed. The spikes in blood glucose following a meal are normal, but sustained high blood levels cause the damage in diabetes.

The third major sugar is table sugar, or sucrose. It’s a double sugar consisting of one molecule each of glucose and fructose linked together. When digested it yields a 50-50 mixture of those sugars—very close to the 55 fructose-45 glucose mixture in HFCS. The difference is insignificant as far as taste and metabolism go, says Bantle, adding that the idea that sucrose is better for one’s health than HFCS is misinformed.

Much research remains to be done on sugars and their effects. Bantle says the big unanswered questions involve the metabolic effects of different sugars. Aside from the effects noted here, the relative effects on appetite, blood lipid levels, and weight remain to be elucidated.

Sugar-sweetened beverages have been blamed for much of the increase in obesity in the United States, and part of the problem may be that liquid calories don’t satiate a person as well as solid calories. The evidence, however, is inconclusive, Bantle says.

But, he says, “If a person is obese or overweight, I ask, ‘Why would you drink a sugar-sweetened beverage instead of a diet beverage?’ It’s like having an extra piece of pizza—it’s about the calories. If you’re lean, I don’t think it matters what your intake of sugar is, except at the extremes.”