Rebuilding a Heart, Saving a Life

A young girl in Bridgeport, Connecticut, born with one of the most serious, life-threatening congenital heart defects known, is on her way to living a normal life thanks to Yale doctors who developed and performed the first operation of its kind in the United States.

Angela Irizarry was the first American patient to receive a tissue-engineered blood vessel made of her own natural cells.

Under normal conditions, the heart’s two ventricles collect and pump blood through the body; one sends blood to the lungs where it is mixed with oxygen and the second pumps that oxygenated blood back to the body’s circulatory system.

Angela Irizarry came into the world in November 2007 with one functioning ventricle and the second severely underdeveloped — an often-fatal defect known as hypoplastic left heart syndrome. With one ventricle trying to do the work of two, there is much less oxygen flowing to the body and resulting cyanosis, which are why infants born with this defect are known as “blue babies.” Without surgical intervention, 70% die in the first year.

In the past few decades surgeons have been able to save some children’s lives by implanting synthetic grafts to bypass the second ventricle. The surgery works to a certain degree, giving “blue babies” like Angela a better quality of life. She had two such surgeries — one when she was five days old, and the second when she was eight months old. But problems inevitably arise in cases like hers, mostly stemming from the synthetic nature of the graft.

Yale pediatric surgeon Dr. Christopher Breuer explains: “Until now, successfully rearranging the heart’s plumbing required the use of synthetic or man-made materials to create a vascular graft or conduit. But synthetic grafts are susceptible to clotting, infection and rejection, and such complications have been the leading cause of post-operative mortality after this surgery.” Furthermore, the synthetic grafts can’t grow with the child, he adds.

There was a better idea, he notes, although it had not yet been approved or even tested in the United States: construct a vascular graft from a patient’s own cells — a graft that would grow with the child and would not be rejected. 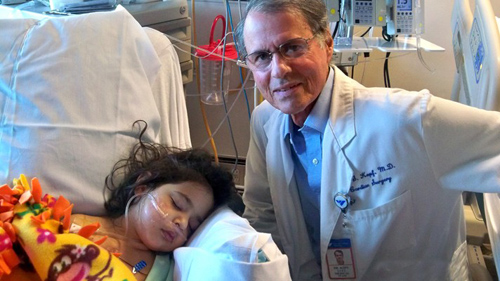 Working with Yale pediatric cardiac surgeon Dr. Toshi Shinoka, who had developed the first version of this novel surgery and performed it on two dozen patients in Japan, and a team of Yale biomedical engineers led by Professor Mark Saltzman, Breuer’s team spent several years researching and then perfecting their surgical technique, which begins with cells, many of them stem cells, harvested from the patient’s own bone marrow. Those cells are then seeded onto a biodegradable tube-shaped polymer, a kind of scaffolding to help the cells take shape. The graft is incubated for just a few hours and then implanted.

Their thinking and the years of research that followed were in line with the expanding field of regenerative medicine, which involves the process of growing or regenerating cells and tissue so that damaged organs can function more normally.

When Breuer and Shinoka began experimental surgeries, they witnessed theory become reality. As they predicted, the cells on the tubular graft began to form tissue in the shape of the graft. What developed was real tissue from the patient’s own cells. Eventually, the scaffolding dissolved harmlessly, and what was left was a new blood vessel, made entirely of the patient’s own cells.

There were a few unpredictable twists along the way, however — most notably their understanding of how this was all happening. The team thought at first that the stem cells were simply regenerating a new blood vessel, since the nature of stem cells is to replicate and form specialized cells. Further scrutiny, however, revealed what was really going on: Through the inflammatory response of the body’s own immune system, the cells were simply instigating creation of a regenerated blood vessel. 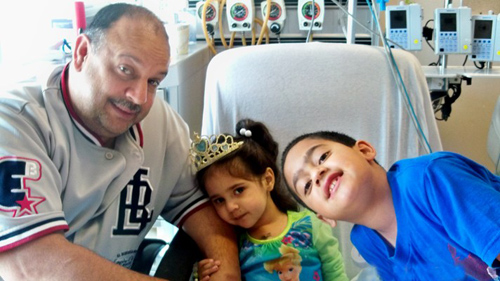 “We were quite surprised to discover that the cells seeded onto the scaffold disappeared and were not incorporated into the new blood vessel,” Breuer said. “We had always assumed that the cells seeded onto the tissue engineering scaffold were the building blocks of the tissue that formed. Instead, our findings suggested a paradigm shift in which the seeded cells created new tissue by inducing regeneration.”

Breuer and his team believed they had developed a successful procedure that was ready to be tested in clinical trials on humans, but they needed approval from the U.S. Food and Drug Administration. (FDA).

“We were focused on making this process as safe as possible,” Breuer says. “The FDA was great to work with. They made excellent suggestions.” In November, 2009, FDA approval finally came, and Breuer and his team set out to find their first patient.

“We wanted to choose the right patient, but find the right family too,” Breuer said. “We talked to a number of people but felt the Irizarry family was special. They asked intelligent questions and understood the potential risks and benefits. This was very important to me.” 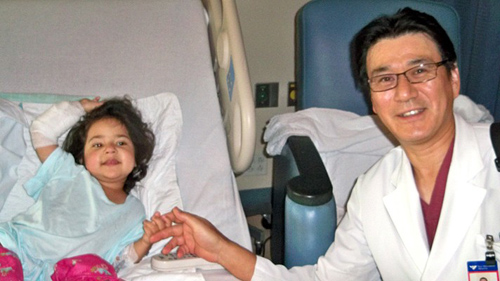 Angela’s mother Claudia Irizarry was on board from the start. She says, “I always felt positive about this. I believe in God, and that if God would send Angela to us with this condition, that he would protect her. I always believed that everything would be okay.”

Angela’s surgery was scheduled for August of 2011. “We did about 20 practice runs,” Breuer says. “My lab was more like a track practice than a lab. We timed everything with stopwatches, looking for ways to save every second.”

On the day of the surgery, Breuer recalls, everything went perfectly. The surgery was performed at Yale-New Haven Children’s Hospital by Shinoka and pediatric cardiothoracic surgeon Dr. Gary Kopf. Breuer constructed the graft, which was ready within 30 seconds of the time it took in the practice sessions. 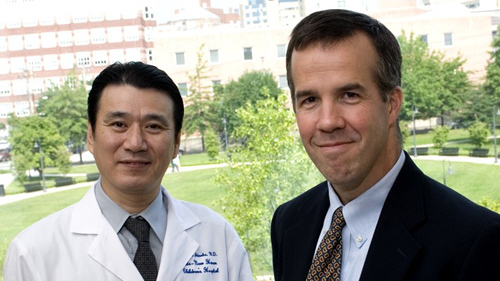 As she recovered, Angela had one complication — an infection which was successfully treated but kept her in the hospital for two weeks instead of one. After that was resolved, she came home to complete her recovery. Slowly, she began to do things she couldn’t do before, becoming a normal three-year-old child who could run around and ride a bike as far as she liked. In November of 2011, Angela celebrated her fourth birthday at home, a healthy little girl who showed all signs of being able to live a normal life.

Angela can’t go to school right away because her immune system is not completely up to par yet (among the other problems with which she was born, she has no spleen) but Breuer is hopeful that her body will adapt, and that Angela will soon be able to do everything that other kids do.

Her mother says, “Maybe she will be a doctor and help other people they way she was helped.”

For Breuer and his team, there is great satisfaction. “I fully expect that she will go on to high school and college, and live a happy, healthy life,” he says.