MENLO PARK, Calif. — As much as 44 billion tons of nitrogen and 850 billion tons of carbon stored in arctic permafrost, or frozen ground, could be released into the environment as the region begins to thaw over the next century as a result of a warmer planet according to a new study led by the U.S. Geological Survey. This nitrogen and carbon are likely to impact ecosystems, the atmosphere, and water resources including rivers and lakes. For context, this is roughly the amount of carbon stored in the atmosphere today.

The release of carbon and nitrogen in permafrost could exacerbate the warming phenomenon and will impact water systems on land and offshore according to USGS scientists and their domestic and international collaborators. The previously unpublished nitrogen figure is useful for scientists who are making climate predictions with computer climate models, while the carbon estimate is consistent and gives more credence to other scientific studies with similar carbon estimates.

“This study quantifies the impact on Earth’s two most important chemical cycles, carbon and nitrogen, from thawing of permafrost under future climate warming scenarios,” said USGS Director Marcia McNutt. “While the permafrost of the polar latitudes may seem distant and disconnected from the daily activities of most of us, its potential to alter the planet’s habitability when destabilized is very real.” 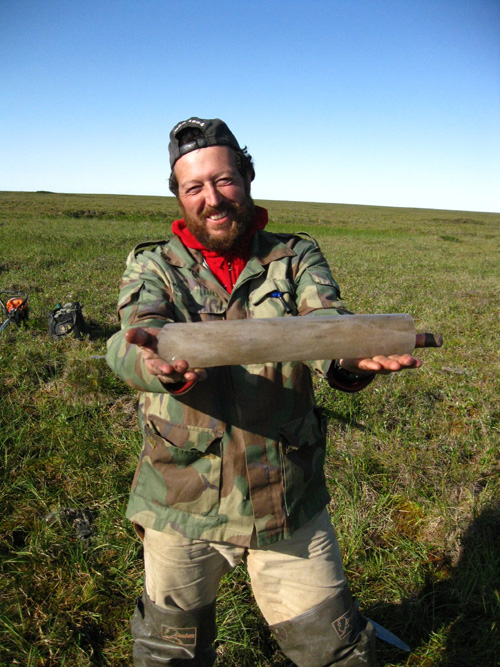 To generate the estimates, scientists studied how permafrost-affected soils, known as Gelisols, thaw under various climate scenarios. They found that all Gelisols are not alike: some Gelisols have soil materials that are very peaty, with lots of decaying organic matter that burns easily – these will impart newly thawed nitrogen into the ecosystem and atmosphere. Other Gelisols have materials that are very nutrient rich – these will impart a lot of nitrogen into the ecosystem. All Gelisols will contribute carbon dioxide and likely some methane into the atmosphere as a result of decomposition once the permafrost thaws – and these gases will contribute to warming. What was frozen for thousands of years will enter our ecosystems and atmosphere as a new contributor.

“The scientific community researching this phenomena has made these international data available for the upcoming Intergovernmental Panel on Climate Change. As permafrost receives more attention, we are sharing our data and our insights to guide those models as they portray how the land, atmosphere, and ocean interact,” said study lead Jennifer Harden, USGS Research Soil Scientist.

The article “Field information links permafrost carbon to physical vulnerabilities of thawing” was published in the journal Geophysical Research Letters.

To learn more about the USGS Soil Biogeochemistry group visit their website.