Low vitamin D blood levels are linked to greater risk of heart disease in whites and Chinese, but not in blacks and Hispanics, according to a study appearing this week in JAMA, the Journal of the American Medical Association.

Growing evidence has suggested that low blood levels of 25-hydroxyvitamin are associated with higher risk of developing coronary heart disease among whites. Few of these studies included substantial numbers of people from other races.

Vitamin D levels tend to be lower among people from other racial and ethnic minority groups, and some of these populations have higher rates of heart disease. However, after correcting for other risk factors for heart disease in their large, multi-ethnic study group, the researchers did not find an association between low vitamin D and cardiovascular events in their black and Hispanic study participants.

“Our study suggests that the results of ongoing vitamin D clinical trials conducted in white populations should be applied cautiously to people of other racial and ethnic backgrounds,” said Cassianne Robinson-Cohen, the lead author for the JAMA paper. The senior author is Ian deBoer, University of Washington assistant professor of medicine, Division of Nephrology. 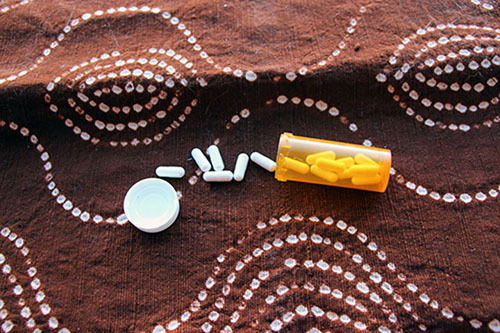 Future studies will look at the role of genetic variation in vitamin D activation across racial and ethnic groups. Image credit: Leila Gray

Robinson-Cohen is an affiliate instructor in epidemiology at the UW School of Public Health and a researcher at the Kidney Research Institute, where her team explores the genetic, metabolic and epidemiological factors related to heart and kidney disease.

She noted that the findings in their recent JAMA paper came from an observational study, not a randomized clinical trial, and could not guarantee cause and effect.

“Our future studies will examine the genetics affecting the levels and use of vitamin D in the body to try to figure out why the link between low vitamin D blood levels and heart disease varies by race and ethnicity,” she said.  “We don’t know for sure, but perhaps genes affecting the need for and use of vitamin D could have evolved to adapt to different levels of sun exposure in places where various ethnic subgroups of people originated.”

Her team plans to look for variations in genes known to mediate vitamin D activation and metabolism. She said these genes have been identified, but at present scientists haven’t determined how gene variation influences susceptibility to the adverse effects of low vitamin D. 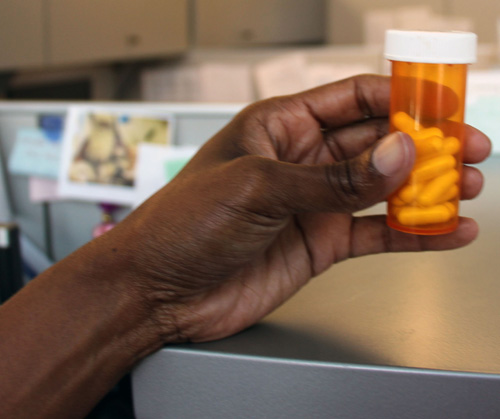 Gene variations might affect differences in the need for and metabolism of vitamin D. Image credit: Leila Gray

The report published this week was from one of the projects within the Multi-Ethnic Study of Atherosclerosis. MESA is a major, long-term medical research effort supported by the National Heart Lung and Blood Institute, part of the National Institutes of Health. More than 6,800 men and women from six regions across the United States are participating in MESA. The diverse study group that was 38 percent white, 28 percent black, 22 percent Hispanic, and 12 percent Chinese. Robinson-Cohen and her team studied 6,436 MESA participants who enrolled between July 2000 and September 2002.

All participants were free of any known cardiovascular diseases at the time they enrolled, and had their blood levels of V25-hydroxyvitamin D measured. The mean age of participants at the start of the study was 62 (range 45 to 84 years) and slightly more than half were women.

The mean blood concentrations for whites was 30.1 ng/ml, Chinese 26.7, Hispanic 24.6, and blacks 19.2, The researchers tested the association of Vitamin D levels with the first incidence of coronary heart disease events – myocardial infarction, angina, cardiac arrest, or death from coronary heart disease — occurring from the start of the study until May 2012. During the eight-and-a-half year study, 361 participants had such an event. The researchers used several statistical risk analyses to check to see if links between blood vitamin D levels and coronary heart disease differed among white, black, Chinese and Hispanic populations.
“This report underscores the value of conducting studies that include participants from diverse backgrounds,” said Dr. Michael Lauer, director of the National Heart Lung and Blood Institute’ Division of Cardiovascular Sciences. “The MESA investigators have presented a finding that could serve as a foundation for future research on the possible link between vitamin D blood levels and heart disease.”

Robinson-Cohen believes the strengths of the study are its size, duration,  the use of several statistical analyses, the rigorous definition of heart disease events, and the efforts made to control for many confounding risk factors, such as age, gender, smoking, diabetes, blood pressure, cholesterol levels, physical activity, kidney disease,C-reactive protein concentrations, educational attainment, income  and so on.  A main weakness of the study, she said, is that it is observational, and therefore can’t be ascertain cause and effect.

“To determine cause and effect, a large, multiethnic, randomized control clinical trial would need to be conducted,” she said.

Robinson-Cohen pointed out, that beyond these specific results, the nature of the findings show the importance of designing medical research that includes a diverse ethnic and racial makeup of participants. Such multi-ethnic studies would help prevent cases where findings from one group are incorrectly applied to other groups.

“We need to make a bigger effort to design and fund medical studies with large enough representation of various racial and ethnic backgrounds that we don’t draw ungrounded conclusions based on one group,” Robinson-Cohen said.

The study, “Racial Differences in the Association of Serum 25-hydroxyvitamin D Concentration with Coronary Heart Disease Events” was supported with grants and contracts N01-HC-95159  and N01-HC-95169 from the National Heart Lung and Blood Institute and  R01DK088762 from the National Institute of Diabetes and Digestive and Kidney Diseases.