Around the World with Windows Store Apps

From a physics Ph.D. student-turned-app builder to chimps launching an indie game studio, app builders across the globe are bringing amazing experiences to Windows 8 and enjoying success along the way.

REDMOND, Wash. – Feb. 26, 2013 – This week, thousands have descended upon Barcelona, Spain, for Mobile World Congress, the world’s premier mobile industry event. In honor of this international gathering, we’re celebrating Windows Store apps from around the world, along with stories of the people working behind the scenes to bring those apps to life on Windows 8. 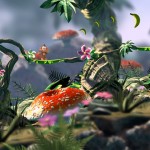 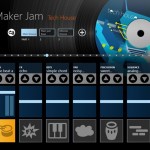 Music Maker Jam by MAGIX (Germany). Start a jam session anytime, anywhere with Music Maker Jam. Simply combine the song parts and instruments to get the sound you want, adjusting tempo or adding spectacular effects in real time with the intuitive touchscreen control. Enjoy a full studio experience with this music jamming app from German developer MAGIX. Music Maker Jam was one of the first apps in the Windows Store and one of the first to pass the US$25k threshold. MAGIX is now making 80 percent revenue for the lifetime of Music Maker Jam. Image credit: Microsoft (Click image to enlarge) 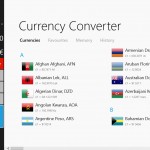 Calculator by Richard Walters (U.K.). Do the math with five calculators in one (Basic, Scientific, Programmer, Currency Converter and Unit Converter) with large buttons for quick, error-free typing. Perfect for your next adventure, Calculator² helps you convert more than 150 world currencies and more than 200 units for conversion across 17 categories. Richard Walters was a physics Ph.D. student looking for a decent scientific calculator on Windows 8. He loved the experience of building the app so much that he gave up physics for a career in app development. Image credit: Microsoft (Click image to enlarge) 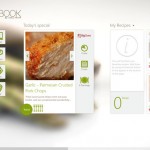 Cookbook by Slow Sense (France). Add some inspiration to your daily cooking routine with beautiful images and recipes from Cookbook. Browse more than 300,000 by category or search for a key ingredient, then add your favorite recipes to your personal recipe book for easy access at future mealtimes. French developer Slow Sense was a First Apps Contest Winner with Cookbook in 2011, and they’ve gone from a technology training company to an app development company in the space of a year. Image credit: Microsoft (Click image to enlarge) 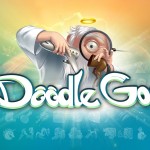 DoodleGod by JoyBits (Russia). The power of creation is in your hands! In this addictive puzzle game available in 12 languages, mix and match different combinations of fire, earth, wind and air to create an entire civilization. Work up from a simple microorganism to create animals, tools, storms and even armies. DoodleGod has already seen 500,000 downloads to date, and JoyBits was able to reuse 100 percent of code from the Windows Phone version when building the game for Windows 8. Image credit: Microsoft (Click image to enlarge) 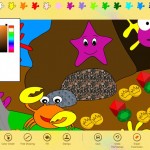 Paint 4 Kids by Ela & Pietro Lab (Italy). Paint 4 Kids opens a world of artistic imagination with drawings and blank canvasses to fuel creativity and provide hours of fun. Fill a shape with a single tap, choose the size of your brush and then share and print your masterpiece. Ela & Pietro Lab is seeing thousands of downloads a day of Paint 4 Kids. Image credit: Microsoft (Click image to enlarge) 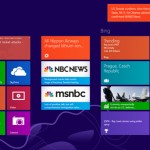