A study led by a Michigan State University scholar questions whether higher education ranking systems are creating competition simply for the sake of competition at a time when universities are struggling financially.

Global rankings that emphasize science and technology research – such as the Academic Rankings of World Universities by Shanghai Jiao Tong University – have become increasingly popular and influential during the past decade, said Brendan Cantwell, lead author and assistant professor of educational administration. 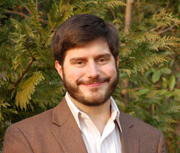 As a result, researchers have begun to examine whether the rankings are creating increased inequality between and within universities. Cantwell’s study suggests higher education policies to achieve “world class” status are channeling more state and federal money to a select group of large research universities and away from efforts such as President’s Obama’s college completion agenda that aim to make a college degree achievable for all Americans.

“Both of those policy agendas are occurring simultaneously: the push to have top-notch universities and a system of open access that allows students from all backgrounds to get an education,” Cantwell said. “I’m not saying those are incompatible, but you have finite resources and how you choose to allocate those resources affects one or the other of those goals.”

The trend of universities competing for elite status on global ranking systems has become deeply entrenched in the United States and is now occurring worldwide, including in China, Germany, Netherlands and other countries, Cantwell said.

In the study, Cantwell and Barrett Taylor, assistant professor of counseling and higher education at the University of North Texas, found that U.S. universities receiving more federal research money and awarding more doctorate degrees in the STEM fields (science, technology, engineering and math) tend to score higher in the Shanghai rankings.

Cantwell said the rankings appear to be influencing policymakers to funnel research money to a small number of universities and, within those universities, to programs in the fields of science and technology.

“Given the deep fiscal constraints in the United States and much of Europe and the enormous challenges universities in less economically developed countries face in attaining ‘world class’ status, one questions the wisdom of investments in forms of competition that seem to produce only additional competition,” the study says.