COLUMBIA, Mo. – Women recently diagnosed with breast cancer have higher survival rates than those diagnosed in previous decades, according to the American Cancer Society. However, survivors continue to face health challenges after their treatments end. Previous research reports as many as 50 percent of breast cancer survivors are depressed. Now, University of Missouri researchers in the Sinclair School of Nursing say a meditation technique can help breast cancer survivors improve their emotional and physical well-being. 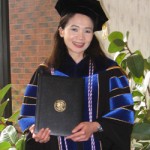 “MBSR is another tool to enhance the lives of breast cancer survivors,” Armer said. “Patients often are given a variety of options to reduce stress, but they should choose what works for them according to their lifestyles and belief systems.”

The MBSR program consists of group sessions throughout a period of eight to ten weeks. During the sessions, participants practice meditation skills, discuss how bodies respond to stress and learn coping techniques. The researchers found that survivors who learned MBSR lowered their blood pressure, heart rate and respiratory rate. In addition, participants’ mood improved, and their level of mindfulness increased after taking the class. Armer says, for best results, participants should continue MBSR after the class ends to maintain the positive effects.

“Mindfulness-based meditation, ideally, should be practiced every day or at least on a routine schedule,” Armer said. “MBSR teaches patients new ways of thinking that will give them short- and long-term benefits.” 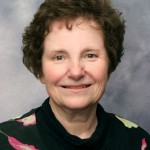 Armer says the non-pharmaceutical approach works best as a complement to other treatment options such as chemotherapy, radiation and surgery.

“Post diagnosis, breast cancer patients often feel like they have no control over their lives,” Armer said. “Knowing that they can control something—such as meditation—and that it will improve their health, gives them hope that life will be normal again.”

The study, “Effects of Mindfulness-Based Stress Reduction (MBSR) on Health Among Breast Cancer Survivors,” was published in the Western Journal of Nursing Research.