Most people have never heard of proprotein convertases, but the enzymes activate many proteins that are essential for life. Unfortunately, their fundamental role puts them in the middle of many processes that cause disease – not just cancer or athlerosclerosis, but both of those and Alzheimer’s and anthrax and the flu and an amazing variety of other maladies.

In a research review article appearing Dec. 29 in the New England Journal of Medicine, Andrew Artenstein, physician-in-chief in the Department of Medicine at Memorial Hospital, and Steven Opal, chief of infectious diseases at Memorial Hospital, argue that proprotein convertases (PCs) are potentially rich targets for developing therapies. Artenstein, who with Opal is on the faculty of the Warren Alpert School of Medicine, explained PCs to David Orenstein. 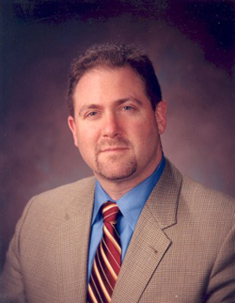 Andrew Artenstein. “Different viruses, such as influenza, Ebola, and measles, hijack PCs to complete their life cycle and reproduce in the body.” Image credit: Brown University

What good do proprotein convertases do for the body?

Proteins are the building blocks of nearly all important parts of cells and tissues in the human body. Enzymes are proteins that trigger important chemical reactions in the body and are necessary for human life. Proprotein convertases (PCs) are a unique family of enzymes that turn a wide range of nonfunctional human proteins into active, functional proteins. Without them, our bodies would not be able to sustain life. Evidence for this comes mostly from studies in mice which show that deficiencies of certain members of the PC family result in severe and often fatal outcomes. Three natural cases of human deficiencies have been associated with profound hormonal disorders.

Why are they implicated in such an astonishingly wide variety of diseases?

PCs have been shown to be involved in a wide variety of disease processes. Most of this information comes from studies in animals, although some comes from humans. They may play a role in the development of various types cancer, atherosclerosis, Alzheimer’s disease, hormonal disorders, and various important infections, like influenza, anthrax, and numerous other viral and bacterial toxin diseases. In infectious diseases, various toxins produced by bacteria need to be activated before they can become dangerous — they use PCs to become functional. Different viruses, such as influenza, Ebola, and measles, hijack PCs to complete their life cycle and reproduce in the body. In Alzheimer’s disease, PCs are necessary for the formation of senile plaques — the brain abnormalities seen in this disorder. All of this stems from the crucial role that PCs play in activating proteins.

Have scientists had much luck in developing ways to fix problems associated with the enzymes?

In the last decade, researchers have been studying the effects of blocking the action of various PCs to see if various disease processes could be prevented. Some promising results from a number of different labs around the world have shown that blocking PC activity may prevent cells from becoming cancerous and may also prevent the development of various tumors in mice. Studies have also shown that by blocking PCs, scientists can prevent a tumor from spreading. At the Center for Biodefense and Emerging Pathogens at Memorial Hospital [which Artenstein directs] and the Alpert Medical School, we have been studying the effects of blocking PCs through novel treatment strategies on anthrax infection and on influenza virus infection. These studies in mice and cell lines have shown promising early results and suggest that severe disease and death may be prevented by inhibiting different PC functions.

A PC is only one player in a sequence of events. Why do you think that targeting them could have meaningful therapeutic effects?

Many diseases have more than one specific cause or trigger. For example, the process of cancer involves multiple steps at the microscopic level, and each step is associated with numerous different pathways that involve a large variety of different molecules. Although the development and progression of cancers and various types of infectious diseases are complex, and PCs are only one part of these processes, they do seem to play a crucial and necessary part that allows the process to continue. Therefore, blocking their action may represent one approach to treating these disorders. Of course, other approaches may need to be part of the strategy as well.

What are the most promising strategies for developing therapies based on targeting proprotein convertases?

At the center, we have special interest and expertise in the area of biodefense. Biodefense involves ways to prevent and treat infections resulting from bioterrorism and also infections that arise through nature, which are much more common than bioterrorism and occur almost every year. Good recent examples include the outbreak of H1N1 swine influenza in 2009, cholera in Haiti, severe anthrax among drug users in Europe in 2010, and SARS, among others. We are interested in developing a therapeutic agent that could be used against a wide variety of different possible infections because frequently scientists cannot easily and rapidly identify the actual culprit in a rapidly spreading epidemic or a bioterror attack. Therefore, it would be helpful to have a drug that treats a variety of problems. Because PCs are a common denominator in a large number of infections, we have targeted PCs as a therapeutic strategy in our research. We have identified a group of natural human proteins, called inter-alpha-inhibitor proteins (IaIps) that block the activity of PCs and have shown promise in animal models of anthrax and in cells infected with influenza. We are now expanding our studies to include a large number of other bacteria and viruses.