3-D Laser Map Shows Earthquake Zone Before and After

Geologists have a new tool to study how earthquakes change the landscape–down to a few inches. It’s giving scientists insights into how earthquake faults behave.

In this week’s issue of the journal Science, a team of scientists from the United States, Mexico and China reports the most comprehensive before-and-after picture yet of an earthquake zone, using data from the magnitude 7.2 event that struck near Mexicali, Mexico, in April 2010.

“We can learn so much about how earthquakes work by studying fresh fault ruptures,” said Michael Oskin, a geologist at the University of California, Davis, and lead author of the paper.

The team, working with the National Center for Airborne Laser Mapping (NCALM), flew over the area with LiDAR (light detection and ranging), which bounces a stream of laser pulses off the ground. 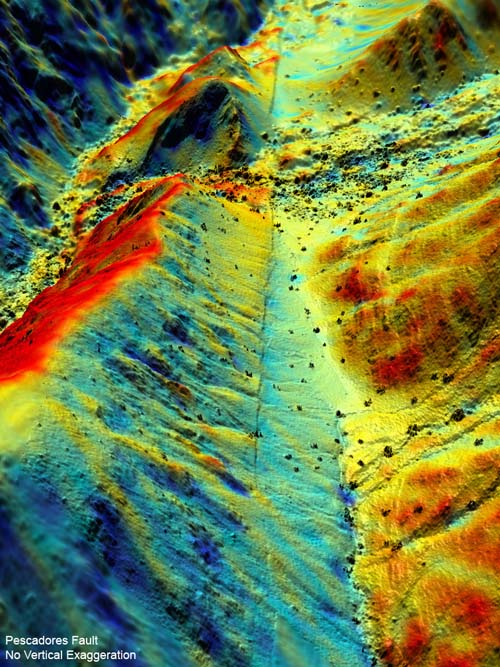 New airborne LiDAR equipment can measure surface features to within a few inches. The researchers were able to make a detailed scan over about 140 square miles in less than three days, Oskin said.

Oskin said that they knew the area had been mapped with LiDAR in 2006 by the Mexican government.

When the earthquake occurred, Oskin and Ramon Arrowsmith at Arizona State University received rapid-response funding from the National Science Foundation (NSF) to carry out an immediate aerial survey to compare the results.

Paper co-authors John Fletcher and Orlando Teran from Mexico’s Ensenada Center for Scientific Research and Higher Education (CICESE) carried out a traditional ground survey of the fault rupture, which helped guide planning of the aerial LiDAR survey and interpretation of the results. 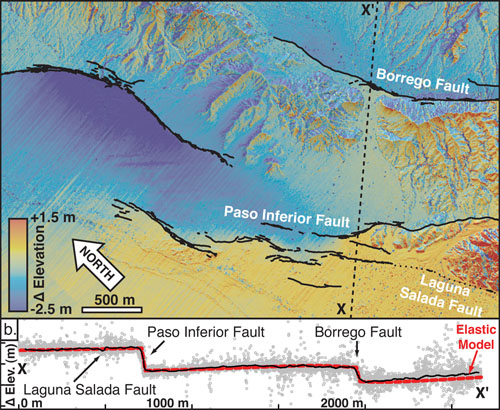 “This study is an excellent demonstration of an emerging tool for Earth science,” said Greg Anderson, NSF program director for EarthScope, which funded the research.

EarthScope scientists conduct research using data from instruments that measure motions of the Earth’s surface, record seismic waves, and recover rock samples from the depths at which earthquakes originate. 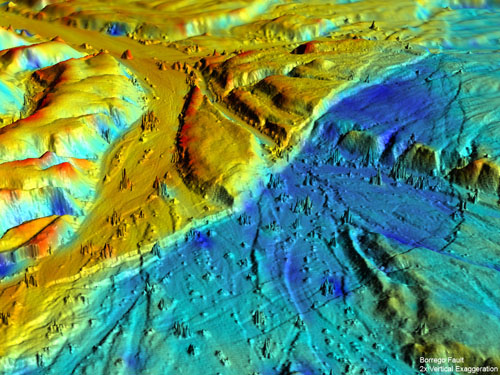 From the ground, features like the five-foot escarpment created when part of a hillside abruptly moved up and sideways are readily visible.

But the LiDAR survey further reveals warping of the ground surface adjacent to faults that previously could not easily be detected, Oskin said.

For example, it reveals folding above the Indiviso Fault running beneath agricultural fields in the floodplain of the Colorado River.

“That would be very hard to see in the field,” Oskin said. 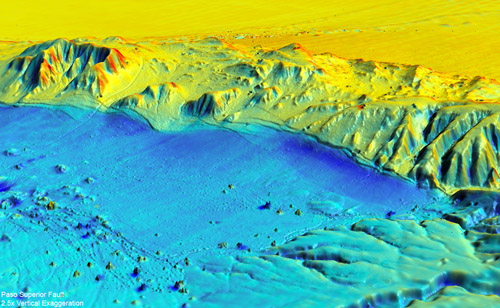 The survey also revealed deformation around a system of small faults that caused the earthquake and allowed measurements that provide clues to understanding how multi-fault earthquakes occur.

Team members used the “virtual reality” facility at UC Davis’s W. M. Keck Center for Active Visualization in Earth Sciences to handle and view the data from the survey.

By comparing pre- and post-earthquake surveys, they could see exactly where the ground moved and by how much.

The 2010 Mexicali earthquake did not occur on a major fault, like the San Andreas, but ran through a series of smaller faults in the Earth’s crust. 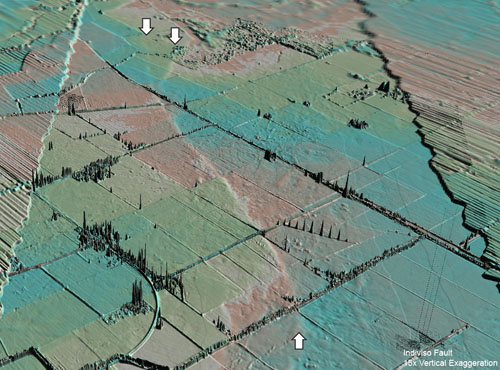 These minor faults are common around major faults but are “underappreciated,” Oskin said. “This sort of earthquake happens out of the blue.”

The new LiDAR survey shows that seven of these small faults came together to cause a major earthquake, Oskin said.

Ken Hudnut, a geophysicist with the U.S. Geological Survey and co-author of the paper, made the first use of airborne LiDAR about ten years ago to document surface faulting from the Hector Mine earthquake.

But “pre-earthquake” data were lacking. Since then, NCALM has carried out LiDAR scans of the San Andreas system and other active faults in the Western United States (a component of EarthScope), thereby setting a trap for future earthquakes.

“In this case, fortunately, our CICESE colleagues had set such a trap and this earthquake fell right into it and became the first ever to be imaged by ‘before’ and ‘after’ LiDAR,” said Hudnut. 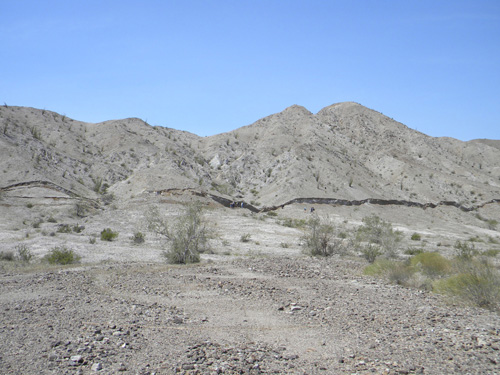 The post-event dataset collected by the team is publicly available on the Open Topography website.

The work was also supported by the U.S. Geological Survey, Mexico’s National Council of Science and Technology and NASA.