Have you been unemployed lately?  If so, then you probably know how frustrating it is to try to find a job in the United States today. It now takes the average unemployed worker about 33 weeks to find a job.  There are millions of Americans that have not been able to find a full-time job even after searching hard for an entire year.  Some areas of the United States have been devastated so badly by the economic downturn that they are starting to resemble war zones.

Unless you have been there, it is hard to even try to describe the extreme frustration that one feels when you are unable to pay the mortgage and feed your family.  It can be absolutely soul-crushing.  But it is not the fault of those who are unemployed.  The truth is that our economy is dying and it is not producing nearly enough jobs anymore.  Unfortunately, as you will see from the facts listed below, most of the things that are causing our economy to die have no realistic chance of being changed any time soon.

The following are 10 reasons why it has become so insanely difficult to find a job in America today…. 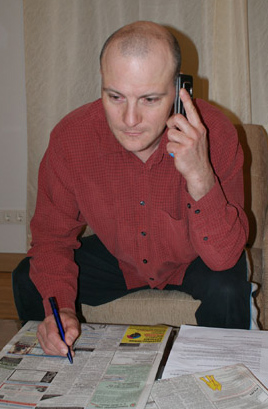 There are millions of Americans that have not been able to find a full-time job even after searching hard for an entire year.

#1 There are a lot fewer job openings in the United States today.  The number of U.S. job openings declined once again in December.  Prior to the most recent economic downturn, there were usually somewhere around 4.5 to 5 million job openings in America.  Today there are about 3 million.

#2 There is a lot more competition for the very few job openings that are actually available.  According to Gallup, the U.S. unemployment rate has been hovering around 10 percent for over a year.  When Gallup includes “underemployed Americans” that have part-time jobs but really want full-time jobs in the numbers, they get a lot worse.  Currently, Gallup says that 19.3 percent of the workforce is either unemployed or underemployed.

#3 The U.S. economy is producing an extremely low number of new jobs.  The federal government says that only about 36,000 jobs were added in January.  Well,  an increase of 150,000 jobs per month is necessary just to keep up with population growth.  We continue to fall farther and farther behind.

#5 U.S. businesses are being absolutely crushed by regulations, and yet the government just keeps piling them on.  For example, the U.S. Food and Drug Administration is projecting that the food service industry will have to spend an additional 14 million hours every single year just to comply with new federal regulations that mandate that all vending machine operators and chain restaurants must label all products that they sell with a calorie count in a location visible to the consumer.  These kinds of ridiculous regulations are chasing U.S. businesses out of the country at a blistering pace.

#6 When you combine all forms of taxation, businesses pay more taxes in the United States than just about anywhere else in the world.  Some of the biggest corporations have figured out how to get around this, but many other businesses are being absolutely crushed by this.  All of this taxation is also chasing businesses out of the country.  Now Barack Obama is at it again.  He has just proposed an increase in unemployment taxes.  This is going to make it even less likely that businesses will want to hire more employees.

#7 Advances in technology mean that less workers are needed today.  A robot can do the labor that a hundred workers used to perform.  A computer can do the work that a thousand people used to perform.  Our society now needs less manual labor than it used to, and that is not going to change.  In fact, our society is only going to become more computerized and more automated.  That means that the ultra-wealthy do not need as many of us to work for them.

#8 Nations such as China are taking jobs away from us.  Tens of thousands of factories and millions of jobs are moving to China.  There is a reason why Barack Obama mentioned China four times during his State of the Union address.  China now even makes more beer than the United States does.  China has been very shrewd.  They have invited international corporations to come over and take advantage of their vast population by paying them slave labor wages.  The U.S. middle class is being shredded by this.  Why should companies pay U.S. workers 10 or 20 times more than they could pay a Chinese worker?

#9 Every single year, the U.S. buys hundreds of billions of dollars more stuff from the rest of the world than they buy from us.  This is called a trade deficit, and it is killing the U.S. economy.  The hundreds of billions of dollars going to the rest of the world could be going to U.S. businesses, and in turn U.S. businesses would need more workers.  But instead of fixing our trade balance problem, our politicians continue to insist that “globalism” is going to be really, really “good” for us.

#10 Every single year the U.S. federal government spends hundreds of billions of dollars just on interest on the national debt.  This is money that we don’t get any economic benefit from.  If we were not in so much debt, the U.S. government would be able to spend that money on goods and services inside the United States and that would support a lot more jobs.  This is just one of the ways that our horrific national debt is a tremendous drag on our economy.