In collaboration with Emory University’s Lillian Carter Center for International Nursing and the Task Force for Global Health, GTRI is evaluating and advising on computer systems developed to provide information for better human resource management, policy development and health planning.

The aim of the Kenyan effort, called the Kenya Health Work Force Project (KHWFP), is to move information on the nation’s health care professionals from a decentralized paper system to a computer database. This human resources information system would help Kenyan authorities manage and deploy critical personnel such as nurses, physicians and others. That capability, in turn, would bolster the nation’s battle against multiple heath challenges, including HIV/AIDS, tuberculosis and malaria.

The KHWFP is supported by the Centers for Disease Control and Prevention (CDC) and implemented through the Lillian Carter Center.  It is funded through the CDC by the President’s Emergency Plan for AIDS Relief (PEPFAR), launched by former President George W. Bush in 2002. 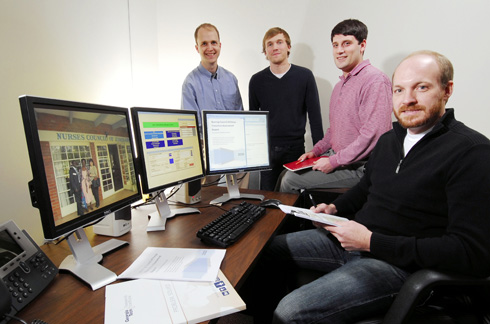 The project has made substantial progress.  A custom software database – the Kenya Health Care Work Force Informatics System – has been developed by KHWFP using local Kenyan programmers.  In early 2009, GTRI joined the effort to carry out an independent software evaluation of the new system.

“Before the Kenya Health Work Force Project can be completed, we need to show that its information-systems software will effectively support Kenya’s health care effort and perform according to expectations,” said Martha F. Rogers, M.D., a professor in Emory’s Nell Hodgson Woodruff School of Nursing and principal investigator for the workforce-informatics project. “The GTRI team is helping us reach that goal by testing and evaluating both the software and the overall usability of the system.”

Starting with the Nursing Council of Kenya’s records, the new informatics software is in the process of transferring the paper systems’ functionality to an online database. The aim is to maintain all information on that database and phase out the paper system. 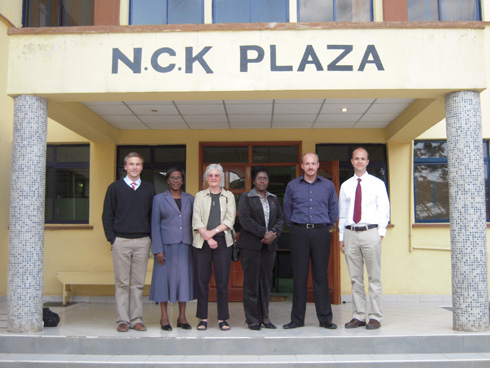 If the new approach is successful, all of Kenya’s health care workforce records would be automated using a similar approach.

The GTRI team found that off-the-shelf software-evaluation programs and protocols weren’t right for testing the Kenyan informatics system. Existing products were costly and didn’t apply well to situations like Kenya’s, where technical capacity and infrastructure are still developing.

“As a result, we had the opportunity to design a software-evaluation protocol from scratch, based on the international ISO standard for such evaluations,” Skeels said. “We spent half a year developing a full protocol, so that we could test whether the Kenyan informatics system was ready to do its job and capable of being adapted and upgraded down the road.”

In addition to testing the Kenyan software in a Georgia Tech lab, the GTRI team visited Kenya to evaluate how beta versions of the informatics software were faring at the Nursing Council.  The team examined the existing IT environment– hardware, software, network specifications and hardware placement – and conducted extensive interviews with council personnel.  The result was the Nursing Council of Kenya Transition Assessment Report, authored by Skeels, Rogers, and GTRI researchers Heyward Adams, Robert Delano and Philip Marquardt. 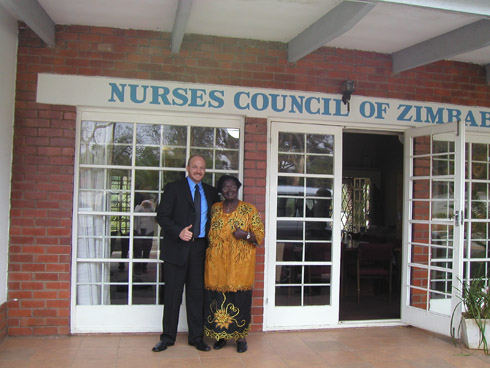 The team found a number of areas that needed attention. These included issues with the workforce informatics software itself in the areas of usability, maintainability and portability. In addition, the assessment report pointed to several network and user training challenges, and some IT-infrastructure concerns as well.

Among the more pressing issues is the fact that Kenya’s plans call for the workforce software to be adapted for use by other Ministry of Health groups such as those overseeing doctors and clinical technicians, Skeels noted.  Thus, a key task will involve making sure the software can be readily maintained and updated by programmers other than the original developer, and confirming that the code can be ported to a variety of operating systems.

“While we found  a number of significant areas that need to be addressed, we’re confident that the Kenya Health Work Force Project can be completed successfully,” Skeels said.

The GTRI team made a number of recommendations in the areas of hardware, information-technology software and capacity and management issues.  A new contract with Emory calls for GTRI researchers to support Kenyan developers and the Nursing Council IT staff in implementing those recommendations during 2011.

“We will actively brainstorm and design with the Kenyan programmers — working face-to-face in Kenya and also via email and telephone– to help them address these issues,” Skeels said.

In another project also sponsored by the CDC and PEPFAR, GTRI is working with Judith Wold, a clinical professor at the Emory School of Nursing’s Lillian Carter Center for International Nursing, to help establish a health care workforce database system in Zimbabwe. A GTRI team first travelled to Zimbabwe in July 2009 with Wold, who is principal investigator on the Zimbabwe project, to discuss the work with government officials there.

“That project is moving forward, and we’re very excited about it,” Skeels said. “We will be in on the ground floor, advising Zimbabwean developers on the design of a database model and a user-interface model tailored to the needs of that nation’s health care system.”