Yahoo is unlucky. Even the smartest and youngest CEO and a Google veteran Marissa Mayer could not save it. She was hired in 2012 with the sole purpose to bring Yahoo to a powerful position to compete with the search giant Google and social media Facebook. But far away from achieving any success, the company is now on its way to ‘non-existence’. The ‘doomsday’ just arrived. Yesterday telephone company Verizon acquired Yahoo’s operating business for approximately $4.83 billion in cash.

So Verizon is now the owner of Yahoo!, AOL, The Huffington Post, TechCrunch including other internet portals.

The Verizon-Yahoo joint statement says; Yahoo reaches more than 1 billion monthly active users globally, including 600 million monthly active mobile users , so if that would be true, Yahoo is still a tech giant, then why rather than growing and acquring other tech companies it sold itself?

Let’s look back some of its past records:

To many of you, it’s unkonwn, but still some can remember the service. In 2007, while I was about to finish my Ph.D, one day I found one of my former colleagues on Geocities. On his profie, I could see where he works, his skills, past academic grades and some social activities that includes photos with friends. He had his own home page there. If I compare Yahoo GeoCities, it was in fact the earlier version of what it is ‘Linkedin’ and ‘Facebook’ today. GeoCities was serving both as professional and social platforms. And rather than developing it further, Yahoo shut the service in 2009, ten years after they bought it (1999), At the time they closed it, there were at least 38 million user-built pages on GeoCities.

It was one of the largest and most active bloggers network (may be till to date). I was using it actively and met many great friends there, bloggers from around the world. It was a great place and I am sure all those who were using it found it very useful, interesting with lots of fun. Yahoo bought it for about $10 Million (as far as I remember) and promised to develop the platform. Personally I was very much overwhelmed, what the new owner offers us, I mean to the world’s bloggers. But to the greatest irony of the world’s bloggers, Yahoo shut the service in 2011 (they bought it 2008, at the time MyBlogLog averaged approximately 22 million visits to pages with MyBlogLog widgets each day, and the site had over 275,000 registered members ).

Since then I realised, there is something wrong with this company. It is not determied to develop itself rather to kill all its potentials with its own shaggy hands. It is destined for Yahoo!

Bottom Line: Buy and shut down the new products + Lay off the experienced workforce. No wish to grow!

For years, it became the general trend in Yahoo!

While with Google it’s the opposite in nature. Google bought YouTube and now its the dominating internet platform for video sharing. They are continuously developing it.

Both the current CEO of Yahoo Marissa Mayer and AOL’s Tim Armstrong were former Google employees. Tim Armstrong had a long with to buy Yahoo, everyone knows it. 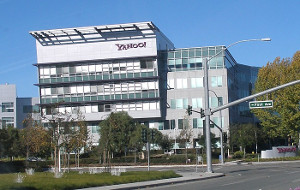 The strange thing is, under Mayer’s hand Yahoo’s overall services suffered huge degradation in quality. If you have noticed, on Yahoo homepage, which is more likey a news service, even the news iteams went rogue. While Yahoo has no news of its own and directs mostly to other sites like The Huffington Post, Newsweek or New York Times among others, alongside it started to display low quality contents like 2nd grage actresses or singers with their selfies in bikinies or news on aliens or ufos.

It was a great surprise for me, once I noticed on its homepage the three news entries on aliens + ufos at the same time and all were directing to thrid class third party websites. I wondered, why a revered tech company like Yahoo needs to display such news iteams which are even not part of any regular news entries. I thought to take a screen shot, then distracted. Because for what? When they drive themselves to the rubbish bin, who can save them?

But my wonder continued as the bikinis, aliens and ufos started to dominate the Yahoo news. But why they let things go like this and why the CEO Mayer didn’t take any measures to bring the quality up? Simple. Most probably Yahoo news was letting to lose its quality purposely, so that the ‘once upon a time‘ tech giant not only loses its users respect but also a devaluation occurs. I guess it so. Now see, once Microsoft wanted to buy it with $44 billion and now Verizon got it only with $4.83 billion. A perfect sabotage!

Marissa Mayer was thought to save Yahoo, not to be the cause of its demise.

The real winner, behind the curtain, is Tim Armstrong. He should have opened the cork of his Champagane by now.

When all these are heppening, conspiracies spiraled up for years, I wonder and ask: