Where Have All the Hummingbirds Gone?

Glacier lilies and broad-tailed hummingbirds out of sync

The glacier lily as it’s called, is a tall, willowy plant that graces mountain meadows throughout western North America. It flowers early in spring, when the first bumblebees and hummingbirds appear.

The lily, a plant that grows best on subalpine slopes, is fast becoming a hothouse flower. In Earth’s warming temperatures, its first blooms appear some 17 days earlier than they did in the 1970s, scientists David Inouye and Amy McKinney of the University of Maryland and colleagues have found. 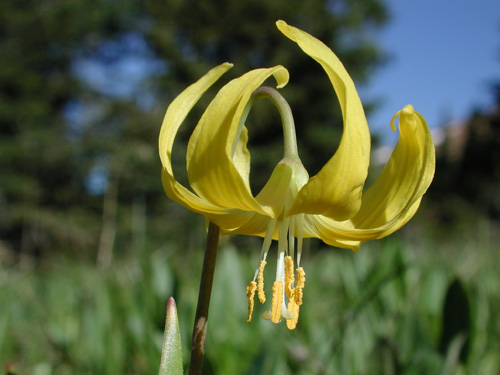 The problem, say the biologists, with the earlier timing of these first blooms is that the glacier lily is no longer synchronized with the arrival of broad-tailed hummingbirds, which depend on glacier lilies for nectar.

By the time the hummingbirds fly in, many of the flowers have withered away, their nectar-laden blooms going with them.

Broad-tailed hummingbirds migrate north from Central America every spring to high-mountain breeding sites in the western United States. The birds have only a short mountain summer to raise their young. Male hummingbirds scout for territories before the first flowers bloom. 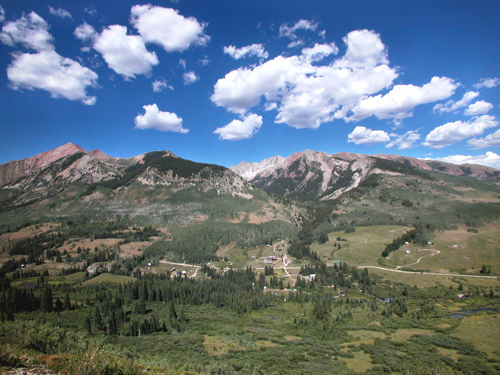 The biologists calculate that if current trends continue, in two decades the hummingbirds will miss the first flowers entirely.

The results are reported in a paper in the current issue of the journal Ecology. In addition to McKinney and Inouye, co-authors of the paper are Paul CaraDonna of the University of Arizona; Billy Barr of the Rocky Mountain Biological Laboratory in Crested Butte, Colo.; David Bertelsen of the University of Arizona; and Nickolas Waser, affiliated with all three institutions.

“Northern species, such as the broad-tailed hummingbird, are most at risk of arriving at their breeding sites after their key food resources are no longer available, yet ecologists predict that species will move northward as climate warms,” says Saran Twombly, program director in the National Science Foundation’s Division of Environmental Biology, which funded the research.

“These conflicting pressures challenge society to ensure that species don’t soon find themselves without a suitable place to live.” 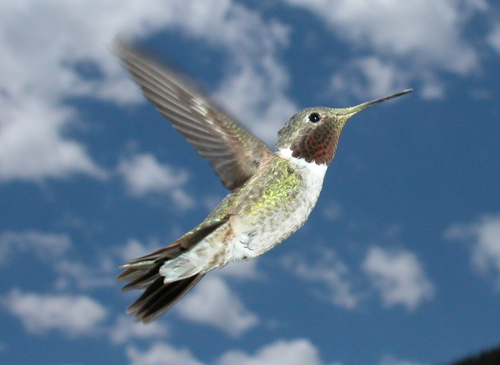 Male broad-tailed hummingbird, with the yellow pollen on its bill likely from a glacier lily. Image credit: David Inouye

“In Arizona, for example,” says Inouye, “there’s no obvious narrowing of the timing between the first arriving males and the first blooms of, in this case, the nectar-containing Indian paintbrush.”

Higher latitudes may be more likely to get out of sync ecologically because global warming is happening fastest there. 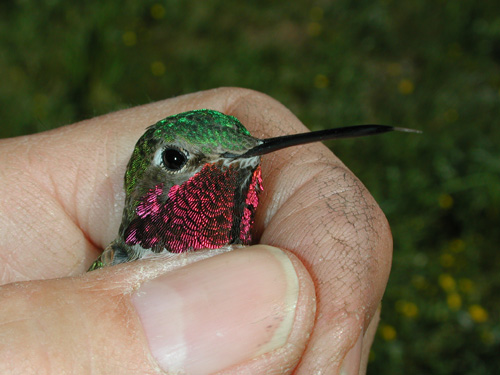 As the snow continues to melt earlier in the spring, bringing earlier flowering, says Inouye, the mountains may come alive with glacier lilies long before hummingbirds can complete their journey north. 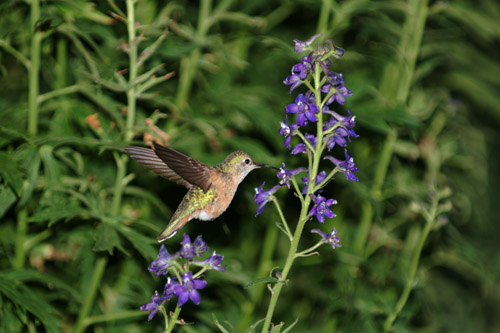