Web Use Doesn’t Encourage Belief in Poltical Rumors, But E-mail Does

COLUMBUS, Ohio – Despite the fears of some, a new study suggests that use of the internet in general does not make people more likely to believe political rumors.

However, one form of internet communication – e-mail – does seem to have troubling consequences for the spread and belief of rumors.

“I think a lot of people will be surprised to learn that using the internet doesn’t necessarily promote belief in rumors.  Many people seem to think that’s self-evident,” said R. Kelly Garrett, author of the study and assistant professor of communication at Ohio State University.

“The internet does make it easier to circulate rumors, but going online doesn’t make us more gullible.”

However, e-mail is a special case.  People are much more likely to believe false rumors that they receive in e-mails from friends and family.

People seem to be wary about rumors they read on websites and blogs, Garrett said.  They are more likely to check these rumors to see if they are correct. 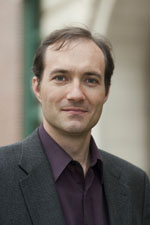 “The problem is that we are more likely to let our defenses down when we’re dealing with our friends, which is why e-mail can have such harmful consequences.  We don’t normally question what our friends tell us,” he said.

His findings will appear in the April 2011 issue of the journal Human Communication Research.

The study involved a telephone survey of 600 Americans in November 2008, immediately after the presidential election.  Participants were asked about their exposure to 10 rumors that were circulating about the two major presidential tickets, Obama-Biden and McCain-Palin.

The rumors included eight patently false statements, ones that were rejected by both presidential candidates and by major fact-checking organizations such as FactCheck.org.  Participants were also asked about two true statements.

Some of the false rumors included “Barack Obama is a Muslim” and “While serving as the Mayor of Wasilla, Alaska, Sarah Palin successfully banned several books from the local library.”

Results showed that use of the internet and online sources of political information did indeed lead people to encounter more rumors about the candidates.  And the more rumors someone heard, the more they believed.  In fact, for every two additional rumors that a person heard, the average number of rumors believed increased by about one.

However, people were also more likely to see rebuttals to the rumors online, as well, Garrett said. In the end, the overall internet use had very little effect on the number of rumors someone believed.

However, it was when Garrett separated the various online sources of political news that he found each source had different types of influence.

For example, results showed that the use of voter information websites and the websites of major news organizations was not linked to rumor exposure.  However, use of political blogs and e-mail from friends and family was linked to seeing more rumors.

The use of e-mail led to a particularly vicious feedback loop of rumor-mongering, Garrett said.

“It is a self-reinforcing process that seems to amplify rumor beliefs through repetition,” Garrett said.  “We have people who are biased to accept the rumors they receive from friends, which leads them to forward the e-mail to other friends, who repeat the process over and over again.”

All of this contributes to the survival of rumors, despite the overwhelming evidence against them, and helps fuel the partisan divide in the country, he said.

Garrett noted that this study didn’t include specific investigation of Facebook and Twitter, which have exploded in popularity in recent years.

But he said both of these are social networks that allow us to communicate directly with friends, much like we do with e-mail.

“It seems reasonable to expect that the same characteristics that make e-mail so conducive to spreading rumors apply to both Facebook and Twitter, as well,” he said.

Garrett said he believes that, overall, the results offer a mixed bag for those who worry about the effect of the internet on the spread of rumors.

“It could have been worse,” he said.  “While the effect of e-mail is troubling, there are plenty of people who encounter rumors on the web every day and dismiss them.”