Wanted: A Life Outside the Workplace

A memo to employers: Just because your workers live alone doesn’t mean they don’t have lives beyond the office.

New research at Michigan State University suggests the growing number of workers who are single and without children have trouble finding the time or energy to participate in non-work interests, just like those with spouses and kids.

Workers struggling with work-life balance reported less satisfaction with their lives and jobs and more signs of anxiety and depression.

“People in the study repeatedly said I can take care of my job demands, but then I have no time for working out, volunteering in my community, pursuing friendships or anything else,” said Ann Marie Ryan, MSU professor of psychology and study co-author. 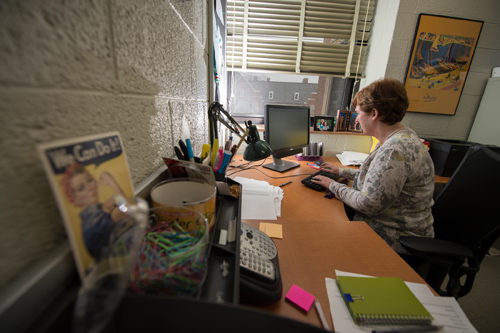 MSU psychology professor Ann Marie Ryan says people who are single and childless have difficulty finding time to pursue interests outside the office, just like those with spouses and kids. Photo by G.L. Kohuth

Traditionally, companies have focused on helping workers find “work-family” balance. The broader new concept is called “work-life,” though for many employers it remains just that – a concept, said Jessica Keeney, study co-author and recent doctoral graduate in psychology at MSU.

“As organizations strive to implement more inclusive HR policies, they might consider offering benefits such as flexible work arrangements to a wider audience than just parents,” said Keeney, who works for APTMetrics, a human resources consulting firm. “Simply relabeling programs from ‘work-family’ to ‘work-life’ is not enough; it may also require a shift in organizational culture.” 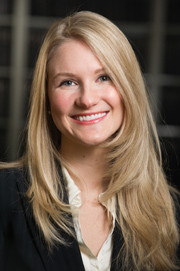 Take, for example, an employee who is single and without children and wants to leave work early to train for a triathlon, Ryan said. Should that employee have any less right to leave early than the one who wants to catch her child’s soccer game at 4 p.m.?

“Why is one more valued than the other?” Ryan said. “We have to recognize that non-work roles beyond family also have value.”

Childlessness among employees has been increasing in the United States, particularly among female managers, the study notes. Further, a large portion of employees today are single and live alone.

The research encompassed two studies of nearly 5,000 university alumni. Roughly 70 percent of the participants were married or in a domestic partnership and about 44 percent had one or more children living at home. The participants worked in a wide range of industries including health care, business, education and engineering.

The three areas in which work interfered the most for all participants were health (which includes exercising and doctor’s appointments); family; and leisure (which includes hobbies, playing sports and reading and watching TV).

Ryan said the findings were similar for both workers with families and those without. Each group reported challenges with maintaining friendships, taking care of their health and finding leisure time – and this had negative effects above and beyond the challenges of balancing work and family.

The findings were published in the Journal of Vocational Behavior. The other co-authors were MSU doctoral graduates Elizabeth Boyd, Ruchi Sinha and Alyssa Westring.