After six years of work, the group has proposed a solution. The 8+1 Science concept calls for a radical overhaul in K-12 schools that moves away from memorizing scientific facts and focuses on helping students understand eight fundamental science concepts. The “plus one” is the importance of inquiry, the practice of asking why things happen around us – and a fundamental part of science. 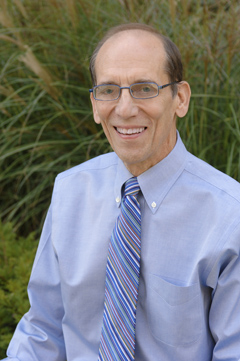 “Now is the time to rethink how we teach science,” said Schmidt, University Distinguished Professor of statistics and education. “What we are proposing through 8+1 Science is a new way of thinking about and teaching science, not a new set of science standards. It supports basic concepts included in most sets of state standards currently in use and complements standards-based education reform efforts.”

The renowned group of scientists has met with Schmidt in an effort to rethink how science should be taught since 2006, when it was originally part of the PROM/SE research project (Promoting Rigorous Outcomes in Mathematics and Science Education) funded by the National Science Foundation.

The 8+1 concepts were derived from two basic questions: What are things made of and how do systems interact and change? The eight concepts are: atoms, cells, radiation, systems change, forces, energy, conservation of mass and energy, and variation.

Traditionally, science in the United States has been taught in isolated disciplines such as chemistry, biology and physics without clear connections being made between the subjects. The 8+1 effort encourages K-12 teachers to use the eight science concepts to build understanding within and between their courses as students advance through the grades.

“The natural world seems to operate through these laws and concepts, but when it comes to schooling we don’t teach children these laws and then show how these apply in different situations,” Schmidt said.

Simon Billinge, an 8+1 committee member and professor of applied physics and mathematics at Columbia University, said the aim is for students to see, for example, the physics within biology and the chemistry within physics, so they can gain an understanding of science that transcends disciplinary lines.

Today’s frontiers in science often occur at these disciplinary edges. Aided by the explosion in technology and scientific discoveries, new fields are arising that were hardly imagined a generation ago such as synthetic biology, digital organisms and genomics.

Most states are participating in a process to develop new K-12 science standards that are more relevant, coherent and based on international benchmarks.

Stephen Pruitt, vice president of Achieve, a nonprofit organization managing the state-led effort, said 8+1 Science can work hand-in-hand with his organization’s effort – called Next Generation Science Standards – “to change the way we think about science education.”

“The emphasis is about helping students learn key concepts in science, rather than just facts,” Pruitt said.