U of T Research Demonstrates How Children Learn About Prejudice

How do children come to realize that they themselves might be targets of prejudice? It may depend on their age. New research conducted at the University of Toronto shows that a six-year-old may be influenced most by direct instruction about prejudice, but once that child gets closer to 10, she begins to rely more on her own experiences.

“Young children are information hungry – they are eagerly searching for general rules to help in mapping out their social worlds,” write researchers Sonia Kang, an assistant professor in the Department of Management at U of T Mississauga and the Rotman School of Management, and Professor Michael Inzlicht of the Department of Psychology in this month’s Personality and Social Psychology Bulletin.

In two studies that investigated how children learn about rejection, the researchers found external instruction and experiences play distinct roles in shaping how children characterize other groups of people. 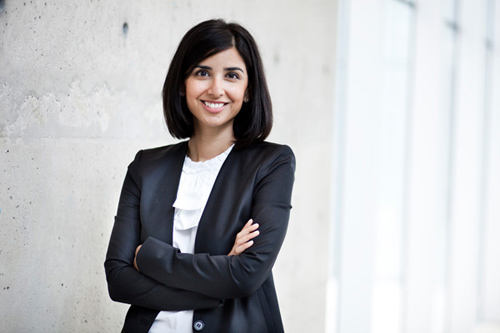 Previous research has shown that between ages three and six, children learn about and begin to apply stereotypes and can recognize overt discrimination. But between ages six and 10, children become aware of other people’s stereotypes, able to perceive subtle discrimination by age 10. While previous research has focused on how children perceive others, Kang and Inzlicht extended this work by providing “a deeper understanding of how children learn that they themselves may be targets of discrimination” by members of other groups, Kang says.

Kang and Inzlicht recruited just over 300 first-, third-, and fifth-grade students from an ethnically diverse elementary school in Toronto. The researchers created two arbitrary groups, the Reds and the Blues, and placed all the children in the Red group. The children were told that some other children had also been assigned to the Red group and others had been assigned to the Blue group. They then gave the Red group (ingroup) opportunities to learn about the Blue group (outgroup) by instruction, experience, or both.

In the instruction condition, children heard that “Kids in the Blue group are really mean to kids in the Red group” and “you’ll really notice how Blues are mean to you.” In the experience condition, researchers orchestrated a negative experience with the out-group, where the Blue group member could have left the child 10 tokens (either stickers or candies) but instead left them nothing at all.

Results showed that first-grade students who heard about the mean Blue group perceived them more negatively than those who received no tokens from the Blue group. The reverse was true with fifth graders: the older children’s judgments of the other group were driven mostly by the number of tokens provided.

In another set of conditions where some children were given negative information about the Blue group but then received many tokens from them, the divide between first and fifth grades was also clear: For the first graders, the impact of instruction was powerful enough to undermine the contradictory information about the tokens, while the opposite was true for the fifth graders.

The results showed that young children’s “expectations about experiencing prejudice will be shaped by the beliefs that are communicated to them by adults,” Kang says. “The expectations that are established in early childhood are likely to form the building blocks for beliefs about stigmatization later in life.”

Kang and Inzlicht point out that this study demonstrated that children could be influenced by a one-time message from a previously unknown experimenter. The power of instruction would be even stronger coming from a parent, sibling, or teacher who has a closer relationship and the opportunity for repeat messaging.

Teachers and parents should focus more on teaching young kids about positive elements of equality and diversity, Kang says, while avoiding overly strong negative warnings about discrimination. “While it is important to equip children with the ability to recognize discrimination when it happens, we don’t want them to shut themselves off from the possibility of positive relationships with members of groups different from their own.”

At the same time, “our work suggests that older children are going to be more influenced by their own experiences, so it’s not enough for us to lecture to them about equality and diversity-related issues,” she says. “We need to help create situations and environments that foster positive experiences among children from all backgrounds.”