Researchers at the University of Hawaiʻi at Mānoa, in collaboration with scientists at the J. Craig Venter Institute, have made a significant breakthrough in developing a novel technology to investigate global gene-expression in a single bacterium. The team, led by Associate Professors Tung T. Hoang and Stuart P. Donachie, recently published a paper describing the technology in Genome Research (21:925-935), a premier international genome journal. UH Mānoa postdoctoral researcher Dr. Yun Kang, who performed this research in a Snyder Hall laboratory, contributed significantly and worked diligently to overcome the numerous technical challenges presented. 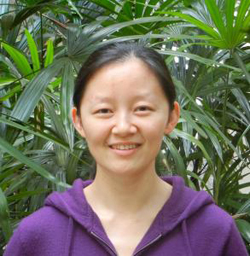 This technology will aid studies of prokaryotes (microbial cells lacking a nucleus) in ways previously thought impossible. Applications include analyzing global gene-expression and functions of beneficial microbes, as well as of pathogens that cause diseases in the body. Annually, several million people around the world die from bacterial infectious diseases, and this technology promises to lead to an understanding of bacterial pathogenesis in ways that will enable development of novel vaccines and strategies to treat bacterial infections. “Anywhere in nature where we find individual prokaryotic cells, such as Bacteria in the human body or Archaea in the deep sea, we can now discover what those individual cells are doing by analyzing the genes they are expressing,” said Hoang.

A provisional patent has been filed for this new technology. This research was funded by two NIH-funded centers, the Pacific Southwest Regional Center of Excellence for Biodefense Research and the UH Mānoa Pacific Center for Emerging Infectious Disease Research. The ‘laser tweezers’ system used the technique was acquired through a National Science Foundation Major Research Instrumentation grant (#0723291) to Donachie, Hoang and others in the Departments of Microbiology, Zoology and PBRC at the University of Hawaiʻi at Mānoa. The team hopes to license this single-cell transcriptomic technology to biotechnology companies, such that a kit can be developed to enable easy application in laboratories worldwide.