UCLA mathematicians working with the Los Angeles Police Department to analyze crime patterns have designed a mathematical algorithm to identify street gangs involved in unsolved violent crimes. Their research is based on patterns of known criminal activity between gangs, and represents the first scholarly study of gang violence of its kind.

The research appears today on the website of the peer-reviewed mathematical journal Inverse Problems and will be published in a future print edition.

In developing their algorithm, the mathematicians analyzed more than 1,000 gang crimes and suspected gang crimes, about half of them unsolved, that occurred over a 10-year period in an East Los Angeles police district known as Hollenbeck, a small area in which there are some 30 gangs and nearly 70 gang rivalries.

To test the algorithm, the researchers created a set of simulated data that closely mimicked the crime patterns of the Hollenbeck gang network. They then dropped some of the key information out — at times the victim, the perpetrator or both — and tested how well the algorithm could calculate the missing information. 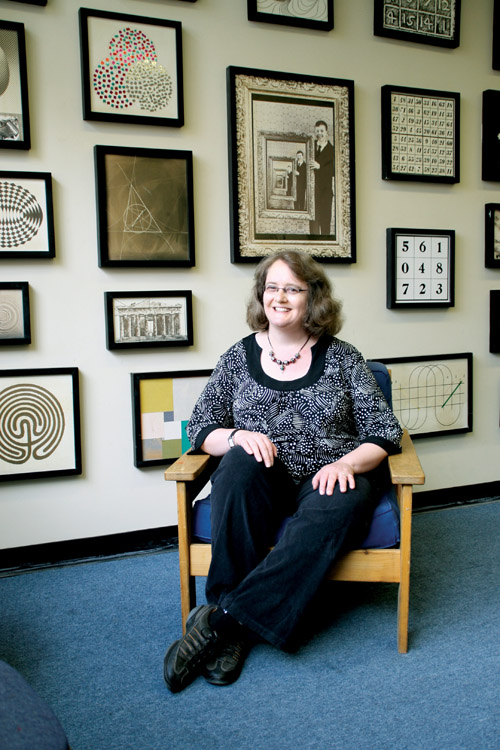 “If police believe a crime might have been committed by one of seven or eight rival gangs, our method would look at recent historical events in the area and compute probabilities as to which of these gangs are most likely to have committed crime,” said the study’s senior author, Andrea Bertozzi, a professor of mathematics and director of applied mathematics at UCLA.

About 80 percent of the time, the mathematicians could narrow it down to three gang rivalries that were most likely involved in a crime.

“Our algorithm placed the correct gang rivalry within the top three most likely rivalries 80 percent of the time, which is significantly better than chance,” said Martin Short, a UCLA adjunct assistant professor of mathematics and co-author of the study. “That narrows it down quite a bit, and that is when we don’t know anything about the crime victim or perpetrator.” 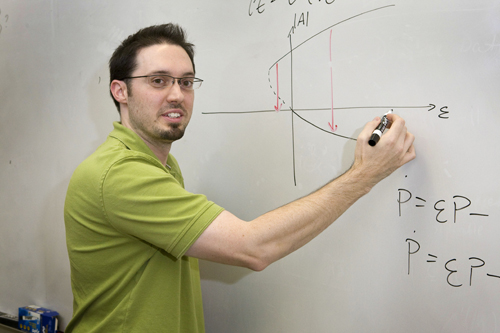 The mathematicians also found that the correct gang was ranked No. 1 — rather than just among the top three — 50 percent of the time, compared with just 17 percent by chance.

Police can investigate further when the gangs are narrowed down.

“We can do even better,” Bertozzi said. “This is the first paper that takes this new approach. We can only improve on that 80 percent by developing more sophisticated methods.

“Our algorithm exploits gang activity patterns to produce the best probability of which gang, or which three gangs, may have been responsible for the crimes,” she said. 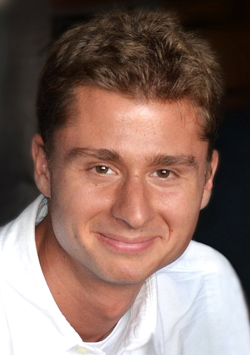 Bertozzi and her colleagues have been working with the LAPD on a variety of classes of crime. The implications of the research go beyond fighting gangs and beyond fighting crime.

“The algorithm we devised could apply to a much broader class of problems that involve activity on social networks,” Bertozzi said. “You have events — they could be crimes or something else — that occur in a time series and a known network. There is activity between nodes, in this case a gang attacking another gang. With some of these activities, you know exactly who was involved and with others, you do not. The challenge is how to make the best educated judgment as to who was involved in the unknown activities. We believe there are a number of social networks that have this same kind of pattern.”

Identifying hackers would be an example; helping businesses target advertising to consumers who would be most interested in their products and services in a way that would protect privacy would be another.

“An advertiser may not care who individual people are but just how they behave,” Bertozzi said. “Advertisers could target consumers by knowing their shopping behavior without knowing their identities.”

The lead author of the study is Alexey Stomakhin, a UCLA doctoral student in applied mathematics who worked for a year to design the algorithm that can fill in the missing information.

‘The best job in the world’

Bertozzi describes her work as “the best job in the world — working with great young mathematicians and having an impact on society.” She noted that UCLA is ranked No. 2 in the U.S. in applied mathematics. Bertozzi is interested in applying mathematics to address practical problems that affect peoples’ lives.

“Nowhere else are they doing research like this — only at UCLA,” Short said.

Last year Bertozzi, Short and colleagues, including Jeffrey Brantingham in anthropology, reported a new mathematical model that allows them to analyze different types of criminal “hotspots” — areas where many crimes occur, at least for a time.

The new research is federally funded by the National Science Foundation, the U.S. Army Research Office’s mathematics division, the U.S. Office of Naval Research, and the U.S. Air Force Office of Scientific Research.