COLUMBIA, Mo. – Since 1992, the government’s Back-to-Sleep Campaign has encouraged parents to place infants on their backs to sleep. Still, more than 4,500 infants die unexpectedly during sleep each year in the United States. Now, a University of Missouri injury prevention researcher says that safe, separate sleep environments for infants are critical to preventing sudden unexpected infant deaths (SUIDs).

“Many of these SUIDs are due to unsafe sleep environments, and these deaths are totally preventable,” said Patricia Schnitzer, an associate professor in the MU Sinclair School of Nursing. “The safest place for infants to sleep is on their backs in their own cribs without soft bedding.” 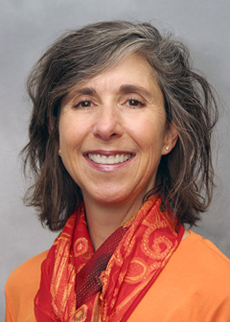 Schnitzer and her colleagues reviewed infant death case reports listing the families’ information and causes of death from the National Child Death Review Case Reporting System. The researchers identified risk factors for sleep-related SUIDs based on data from nine states, including California, Delaware, Hawaii, Michigan, Nevada, Ohio, Pennsylvania, Tennessee and Texas. Their study of more than 3,000 infant deaths found that 70 percent of SUID victims were on surfaces not suitable for infants, such as adult beds or couches, and 64 percent of the babies were sharing sleeping surfaces, often with adults.

Although many parents now recognize that infants should sleep on their backs, Schnitzer says the Back-to-Sleep message doesn’t explain all of the possible dangers in sleep environments, such as sharing beds, sleeping on soft bedding or furniture, or sleeping near objects that could suffocate infants, including blankets, stuffed animals and crib bumpers.

“Many public health organizations and researchers have focused on safe sleep environments; now we need to understand if people aren’t getting that message or if they’re disregarding it,” Schnitzer said. “Since the Back-to-Sleep Campaign began, deaths from Sudden Infant Death Syndrome (SIDS) have decreased, but infant sleep-related deaths resulting from suffocation dramatically have increased. Sharing beds with infants is more common now, so we want to help new parents understand the risks.”

Additionally, although some people encourage sharing a bed with an infant to make breastfeeding easier, Schnitzer says this practice can be harmful to infants, who should be placed in their own sleeping environments after breastfeeding.

The study, “Sudden Unexpected Infant Deaths: Sleep Environment and Circumstances,” was published in the American Journal of Public Health and was funded by the Health Resources and Services Administration’s Maternal and Child Health Bureau. Schnitzer’s coauthors include Theresa Covington and Heather Dykstra from the National Center for Child Death Review at the Michigan Public Health Institute.