COLUMBUS, Ohio — A spoonful of sugar may be enough to cool a hot temper, at least for a short time, according to new research.

A study found that people who drank a glass of lemonade sweetened with sugar acted less aggressively toward a stranger a few minutes later than did people who consumed lemonade with a sugar substitute.

Researchers believe it all has to do with the glucose, a simple sugar found in the bloodstream that provides energy for the brain.

“Avoiding aggressive impulses takes self control, and self control takes a lot of energy. Glucose provides that energy in the brain,” said Brad Bushman, co-author of the study and professor of communication and psychology at Ohio State University.

“Drinking sweetened lemonade helped provide the short-term energy needed to avoid lashing out at others.” 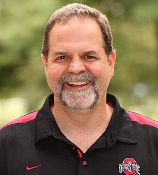 The finding is more than just a medical curiosity, Bushman said. In two published papers, he and his colleagues did several studies showing that people who have trouble metabolizing, or using, glucose in their bodies show more evidence of aggression and less willingness to forgive others.

“Diabetes may not only harm yourself — it is bad for society,” Bushman said. “The healthy metabolism of glucose may contribute to a more peaceful society by providing people with a higher level of energy for self-control.”

Bushman conducted the lemonade study with C. Nathan DeWall and Timothy Deckman of the University of Kentucky and Matthew Gailllot of SUNY-Albany. It appears online in the journal Aggressive Behavior and will be published in a future print edition.

In the study, 62 college students fasted for three hours to reduce glucose instability. They were told they were going to participate in a taste-test study, and then have their reaction times evaluated in a computerized test against an opponent.

After waiting eight minutes to allow the glucose to be absorbed in their bloodstream, the participants took part in the reaction test.

The reaction test has been used and verified in other studies as a way to measure aggression. Participants were told they and an unseen partner would press a button as fast as possible in 25 trials, and whoever was slower would receive a blast of white noise through their headphones.

At the beginning of each trial, participants set the level of noise their partner would receive if they were slower. The noise was rated on a scale of 1 to 10 — from 60 decibels to 105 decibels (about the same volume as a smoke alarm).

In actuality, each participant won 12 of the 25 trials (randomly determined).

Aggression was measured by the noise intensity participants chose on the first trial — before they were provoked by their partner.

“To our knowledge, this is the first study to find that boosting glucose levels can reduce actual aggressive behavior,” Bushman said.

“To be sure, consuming sugar should not be considered a panacea for curbing aggression. But the results do suggest that people who reportedly “snap” with aggression may need some way to boost their mental energy, so they can override their aggressive impulses.”

In two other studies in the same paper, the researchers showed how problems metabolizing glucose may translate to problems on a societal level. Using 2001 data, the researchers found that the diabetes rates for each of the 50 states were linked to violent crime rates. Those states with higher diabetes rates also tended to have higher rates of murder, assault, rape and robbery, even after controlling for poverty rates in each state.

In a separate analysis, the researchers tested whether another medical problem related to glucose metabolism was linked to violence worldwide.

They examined the prevalence, in the populations of 122 countries around the world, of a deficiency in an enzyme called glucose-6-phosphate dehydrogenase. This enzyme is related to glucose metabolism. It is the most common enzyme deficiency in the world, afflicting more than 400 million people.

Countries with higher levels of the disorder also had more violent killings, even outside of war.

“Taken together, these studies offer different types of evidence linking low glucose and other problems metabolizing glucose with aggression and violence,” Bushman said.

The findings were further corroborated in another series of studies, published recently in the journal Personality and Individual Differences.

In that paper, Bushman and DeWall, along with University of Kentucky researcher Richard Pond, had participants complete a commonly used and well-accepted checklist that measures the number and severity of Type 2 diabetes symptoms, such as numbness in the feet, shortness of breath at night, and overall sense of fatigue. In three separate studies, the same participants completed different measures of their willingness to forgive others.

On all three measures, people with higher levels of diabetic symptoms were less likely to forgive others for their transgressions.

In a fourth study, participants took part in a prisoner’s dilemma game, which is often used to understand how people deal with conflict. In this version, participants had to choose whether to cooperate or compete against an unseen partner in a computer game.

“We were especially interested in how participants responded when their partner behaved in an uncooperative, antagonizing manner when the game began,” Bushman said. “Would they forgive their partner or would they refuse to cooperate?”

“These studies are more evidence that diabetic symptoms may cause difficulty in how people relate to each other on a day-to-day basis,” Bushman said.

“It’s not an excuse — diabetes does not mean people have to act aggressively, but it may shed some light on why these behaviors occur.”

“With the rate of diabetes increasing worldwide, it is something that should concern all of us.”