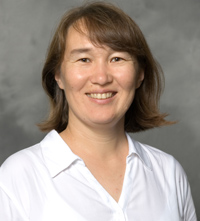 EAST LANSING, Mich. — While Asian carp, gypsy moths and zebra mussels hog invasive-species headlines, many invisible invaders are altering ecosystems and flourishing outside of the limelight.

“Invasive microbes have many of the same traits as their larger, ‘macro’ counterparts and have the potential to significantly impact terrestrial and aquatic ecosystems,” said Litchman, whose research appears in the December issue of Ecology Letters. “Global change can exacerbate microbial invasions, so they will likely increase in the future.”

The public and scientists seem to be well-informed of the spread of Asian carp, zebra mussels and gypsy moths – all invasive macroorganisms. But what about exotic cyanobacteria, also called “blue-green algae,” which have found their way into North American and European lakes? Or a nitrogen-fixing rhizobium, a soil microorganism that has emigrated from Australia to Portugal?

In the Great Lakes, a brackish diatom (a microscopic alga), has colonized Lake Michigan probably via ballast-water discharge and is now the largest diatom in the waterways. How will it change the ecosystem? What changes has it caused already?

While many people have a working knowledge of the American chestnut blight, which was caused by a pathogenic parasitic fungus, most invasive microbes fly beneath the radar of the public and scientists alike. Virtually nothing has been published on the potential of nonpathogenic microbes on a large scale, according to Litchman.

“From scientific research, we know that the chestnut blight dramatically altered forests and how the spread of West Nile virus is associated with significant bird die-offs,” she said. “Currently, there are no published examples of the impacts of invasive nonpathogenic microbes, but there is growing evidence that they could change ecosystems in equally dramatic fashion.”

The lack of attention to microbial invasions compared to macroorganisms is due, in part, to their cryptic nature and the difficulty of detection. Lack of detection combined with climate change could potentially exacerbate these microbial invasions, which could continue to grow as the earth’s weather patterns change, Litchman added.

Litchman’s research is funded in part by the National Science Foundation.