*AT&T today launched two new 4G LTE-capable Windows Phones – the sleek, award-winning Nokia Lumia 900 and the HTC Titan II. The launch is an important milestone for partners Microsoft and Nokia, and an AT&T spokesman said the Lumia 900 will be a centerpiece of its spring advertising campaign.*

The launch is a milestone for Microsoft and partner Nokia, and also for AT&T, which is giving the award-winning Lumia 900 top billing as one of the centerpieces of its spring retail and marketing campaign.

“This LTE launch is a big milestone here in the U.S. and there is some great momentum overseas as well,” says Terry Myerson, corporate vice president of Microsoft’s Windows Phone Division.

Anticipation for the Nokia Lumia 900 began building after the device “stole the show” at the Consumer Electronics Show (CES) in Las Vegas, according to tech blog ZDnet, and its predecessor the Nokia Lumia 800 is already a top seller in a number of European countries.

“As many media have already commented, this is a major milestone for Nokia, for our partnership with Microsoft and for the Windows Phone ecosystem,” says Jo Harlow, executive vice president, Smart Devices, at Nokia. 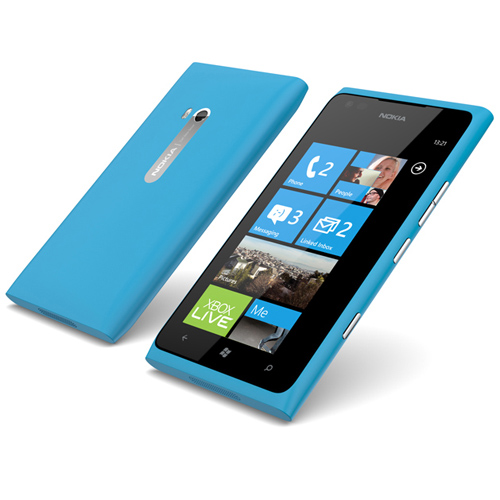 The Nokia Lumia 900, named "Best of CES" for all smartphones, is available in an eye-catching cyan blue and a matte black, as well as in a high-gloss white version, which will go on sale April 22. Image credit: Microsoft

The Nokia Lumia 900 is designed for a “different type of user,” Harlow says, explaining that Nokia’s first LTE phone is for someone who wants a larger screen and a rich content experience, and also for someone who wants something that looks and feels different from the “legions of monochromatic smartphones cluttering shelves.” AT&T is looking forward to being able to showcase the Nokia Lumia 900 and the HTC Titan II, says Michael Woodward, vice president, Mobile Phone Portfolio, AT&T Mobility. “The initial reaction to these handsets is amazing,” he says. “Media love the Lumia 900 and it won tons of awards at CES. We think customers will enjoy them, too.”

Woodward says the Nokia Lumia 900 is getting what AT&T calls “hero status,” which means the company will make it the primary device in marketing for a given promotional period. The Nokia Lumia 900 will sell for US$99.99 with the activation of a two-year service contract.

“We only select devices for these promotional periods that have a unique offer for our customers – Lumia 900 is truly unique,” Woodward says. “We can offer customers an unrivaled experience with the combination of the unique, fast and smooth Windows Phone operating system, Nokia’s great hardware and our blazing-fast 4G LTE network.”

The Nokia Lumia 900 comes in two colors, cyan and matte black (with a white version coming soon), but what really sets it apart is its sleek one-piece polycarbonate design and true color manufacturing process, instead of paint. The phone has a 4.3-inch active-matrix organic light-emitting diode (AMOLED) display, which makes it easy to view in sunlight or black light; a 1.4 GHz Snapdragon processor; an 8 megapixel camera with an exclusive Carl Zeiss wide-angle lens; and a 1 megapixel front-facing camera. 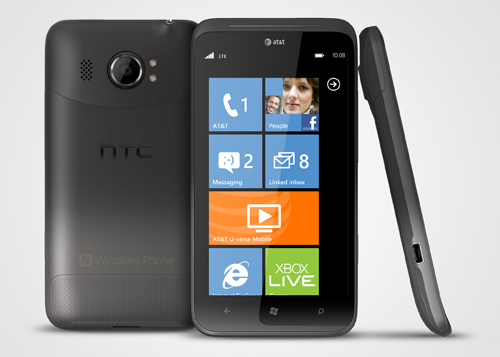 The HTC Titan II, the next-generation Titan device, is a camera buff’s dream and will be available for $199.99 with a two-year service contract. It features the most powerful camera yet among Windows Phones, at 16 megapixels. The Titan II also has a dedicated image processor and a back-illuminated sensor for low lighting. It has a 4.7-inch display, also the largest among Windows Phones, and a 1.5 GHz Snapdragon S2 processor.

The Nokia Lumia 900 and the HTC Titan II are the first Windows Phones available on the 4G LTE network, a wireless mobile radio technology designed to succeed current wireless technology (including 3G and the like). The new 4G LTE wireless technology is not only significantly faster than existing wireless, but is rapidly growing in availability around the United States. AT&T is continually expanding its 4G LTE network.

Nokia and AT&T worked together to make sure sales representatives are familiar with the Nokia Lumia 900. “While we focus our training on providing a device that meets a customer’s needs, when a rep has a phone every hour of every day, they know it, they trust it and can present it as a viable option for many customers,” Woodward explains. 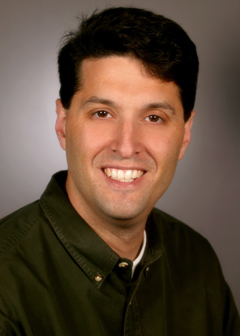 Today’s launch is not only a milestone in the relationship between AT&T and Nokia and a momentum booster for Windows Phone, but also an important milestone between partners Microsoft and Nokia, the Finnish company that just over a year ago committed to running the Windows Phone operating system on all of its future smart phones.

“The Nokia Lumia 900 shows what can happen when companies with different areas of expertise come together to make something great,” Myerson says. “Since we formed our partnership just over a year ago, we’ve launched four Lumia phones and expanded into countries all over the world, most recently China. Based on the progress we’ve accomplished so far, the future is very bright.”

In addition to Windows Phones landing in China, the Windows Phone Marketplace is now available in 63 markets, and in a recent PC Magazine reader’s choice survey, Windows Phone was selected as a top mobile operating system.

“We’ve built a phone that’s simply faster at the things people do every day, and paired with AT&T’s LTE network and the sleek new Lumia 900 and Titan II, we’ve got a combination we think people will clamor for,” Myerson says.

As for Nokia’s partnership with Micosoft, the Nokia Lumia 900 is only the start of the journey the two companies are taking together, Harlow says.

“We still have a long way to go before we start claiming victory,” Harlow says. “We are realistic about the challenges ahead, but these are exciting times and we are thrilled that only one year after signing our agreement with Microsoft, we find ourselves in this situation, launching new products into the U.S. with great partners behind us and new possibilities ahead.”

To celebrate the launch of AT&T’s two new Windows Phones, and to demonstrate how Windows Phones help people do the things they do every day faster, Microsoft will give away “free time” to thousands across the country via “Free Time Machines.”

Looking much like ATMs, Free Time Machines instead dispense free grocery delivery and cleaning services, access to a personal concierges and new Windows phones. Microsoft will have in-person demonstrations, giveaways and celebrity appearances in New York, San Francisco and Chicago as well as a virtual celebration with giveaways at FreeTimeMachine.com.