UCLA life scientists and colleagues have produced the most comprehensive mathematical model ever devised to track the health of populations exposed to environmental change.

The research, federally funded by the National Science Foundation, is published Dec. 2 in the journal Science.

The team’s groundbreaking integral projection model, or IPM, unites various sub-disciplines of population biology, including population ecology, quantitative genetics, population genetics, and life-span and offspring information, allowing researchers to link many different data sources simultaneously. Scientists can now change just a single variable, like temperature, and see how that affects many factors for a population.

“This is one of the most innovative and holistic models, because it unifies so many sub-fields of ecology and genetics into one predictive model,” said study co-author Robert Wayne, a UCLA professor of ecology and evolutionary biology, who led the UCLA research team. “Traditionally, we have studied just a few ecological parameters at a time, like how much food there is or how the environment will change over time, and how that relates to population size. Here, we are analyzing everything at once.”

Among the researchers’ major findings with the IPM is that gradual, sustained change in an environment over time — a gradual increase in temperature, for example — has a greater impact on the species in an ecosystem than fluctuating changes. 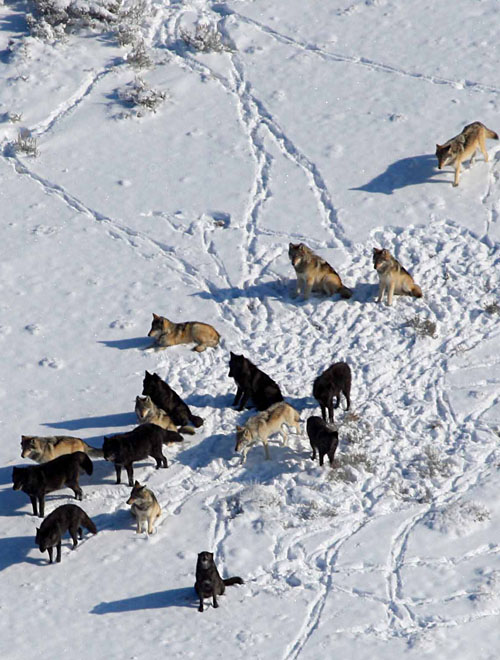 “If we change the total environment, such as temperature, we change a whole suite of characteristics for a species, including viability, fertility, population size, body size and generation length,” Wayne said.

The new model could therefore be of great use in predicting the complex ecological impacts that could result as Earth’s temperature gradually rises as a result of high carbon dioxide emissions entering the atmosphere and oceans.

“Probably much of the tundra in the high Arctic will disappear with global warming,” Wayne said. “Since this is a very general model, it can be applied to any population, from a polar bear to a wolf to a beetle, even plants. We want to use this model to make predictions about populations that are in dire situations, as their environments will be changing quickly.” 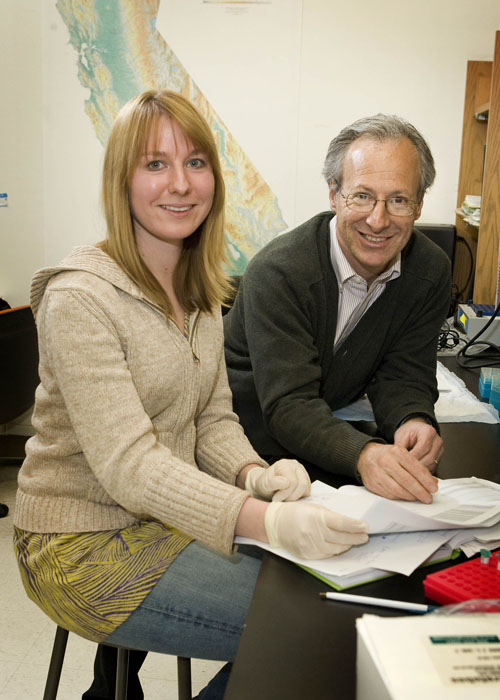 The collaboration that led to the new model followed a fortuitous meeting between Wayne and collaborator Tim Coulson, a professor of population biology at Imperial College London. Following a talk by Coulson at UCLA , Wayne and his research team combined their decades of expertise on the wolf population in Yellowstone National Park with Coulson’s expertise in applied mathematics — and the most comprehensive ecological model was born.

Wolves were first introduced into Yellowstone in 1995 to control the overpopulation of elk and bison and to restore deteriorated forests. These wolves were closely monitored with radio collars in the years that followed, generating a vast array of detailed data. The effects they generated in the park — known as a trophic cascade — allowed many species, such as songbirds, beavers and grizzly bears, to thrive again as the elk and bison populations diminished.

“A critical issue for us is how these wolves will survive into the future,” Wayne said. “This model addresses that issue in a comprehensive way by taking in so many components of population health.”

The model also explains the persistence of the grey coat color in Yellowstone wolves, despite the fact that the gene for black coat color is dominant. Using genetic data collected in Wayne’s laboratory, the IMP revealed that wolves who possessed two different versions of the coat-color gene, known as heterozygotes, lived longer and had more offspring than wolves who had two identical genes for coat color.

This example demonstrates the power of the new model, as it can make sense of seemingly unrelated information on population genetics and life history and generate a clearer understanding of an observed coat-color phenotype, and beyond that, the implications for survival of these animals in a complex ecosystem.

By using a model that could generate more accurate predictions, “We could potentially build scenarios predicting whether a species has no chance of recovery, and this could lead protection efforts,” Wayne said.

“We are not very effective at stopping global warming, but perhaps we could identify ways to alter or enrich habitats to mitigate environmental effects,” he added.