A recently published study by a team of Michigan State University researchers found that one effective way of fighting cyberbullying is by using the medium where it tends to flourish. The key, said the researchers: Make your anti-cyberbullying messages positive in nature.

“In order to get people excited about a certain message or issue – in this case cyberbullying – positive messages will work better because positive stimuli lets us be more approaching,” said Saleem Alhabash, an assistant professor in MSU’s Department of Advertising and Public Relations and one of the team members. “Being more approaching means we are more open to persuasion.” 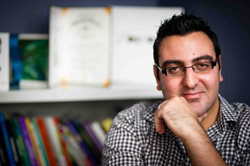 In the study, the team created a fictitious anti-cyberbullying Facebook page – sayNOto Cyberbullying. About 360 college students were recruited for the study, shown screen shots of the page and then asked to comment on what they thought were the most effective messages – ones that were more positive in nature, ones more negative, or ones that were both positive and negative.

The majority of the students approved of the more positive messages.

“We’ve established with our research that anti-cyberbullying messages that are framed in a negative way are not getting kids’ attention,” said Anna McAlister, an advertising and public relations assistant professor and team member.

In this study, the team looked beyond how many “likes” or “shares” a certain message received. Rather, they considered the virality of the message, which looks beyond just the numbers, as a feature that would actually facilitate persuasion.

“It’s not just about how many people have accessed the content, but more about what is the psychological process that goes beyond the numbers,” Alhabash said. “How engaged are people with the content?”

These findings are particularly relevant to the issue of cyberbullying. 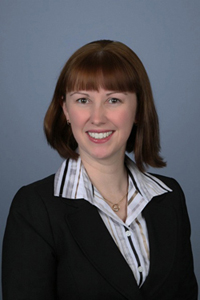 “Facebook is one way we can reach them,” McAlister said. “It can be part of the solution. If I go into a classroom and lecture about how to use Facebook, no one will listen to me.”

“I would not be surprised to see those numbers with high school students, but with college students I think it was out of the ordinary,” Alhabash said.

Cyberbullying is defined as someone using electronic devices and new technologies to send messages about a person that might harm them psychologically or lead to a negative effect. It can range from a full-blown threat to the posting of an embarrassing photograph.

The paper is published in the online version of the journal Cyberpsychology, Behavior, and Social Networking.