Researchers from North Carolina State University and the Open University of Catalonia have developed a technique for creating complex predictive tools that can be used to make effective decisions about word-of-mouth marketing for online products and services.

“We were initially approached by an online game provider that used a ‘freemium’ model – players could play for free, but could receive upgrades by paying a fee to become premium users,” says William Rand, an assistant professor of business management at NC State and co-author of a paper on the work. “The company wanted to know what incentives would be most likely to convince players to become premium users. That was the impetus for the work, but what we found is actually relevant for any company or developer interested in incentivizing user investment in apps or online services.” 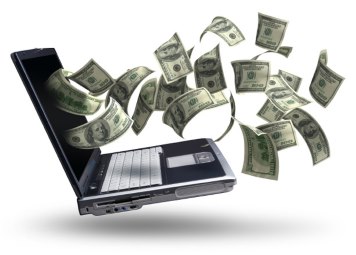 A preliminary assessment indicated that access to new content was not the primary driver in convincing players to pay a user fee. Instead, player investment seemed to be connected to a player’s social networks.

To learn more, the researchers evaluated three months’ worth of data on 1.4 million users of the online game, including when each player began playing the game; each player’s in-game connections with other players; and whether a player became a premium user.

Using that data, the researchers created a computer model using agent-based modeling, a method that creates a computational agent to represent a single user or group of users. The computer model allowed them to assess the role that social connections may have played in getting players to pay user fees. They found that two different behavioral models worked very well, but in different ways.

“We found that the best model for accurately predicting the overall rate of players becoming premium users was the so-called ‘Bass model,’ which holds that the larger the fraction of direct connections you have who use a product, the more likely you are to use the product,” Rand says.

However, the researchers found that the best model for predicting the behavior of any specific individual was the complex contagion model.

“By merging these two modeling approaches, we created a tool that would allow a company to predict how many additional premium users it would gain, depending on various degrees of investment in marketing to individual players who are the threshold of becoming premium users,” Rand says. “This could be used to make informed decisions about how much to invest in ‘seeded,’ or targeted, marketing in order to capitalize on word-of-mouth marketing.

“The bottom line here is that the approach we took to developing this tool could be used to develop a custom tool for any company that’s marketing an online product or service via word of mouth,” Rand says.

The paper, “Building Agent-Based Decision Support Systems for Word-Of-Mouth Programs. A Freemium Application,” is published online in the Journal of Marketing Research. The paper was co-authored by Manuel Chica of the Open University of Catalonia. The work was done with support from the Spanish Ministerio de Economía y Competitividad under grant number TIN2015-67661.