Modeling biological systems can provide key insights for scientists and medical researchers, but periodic cycles that repeat themselves – so-called oscillatory systems – pose some key challenges. Researchers at North Carolina State University have developed a new method for estimating the parameters used in such models – which may advance modeling in research areas ranging from cancer to fertility. 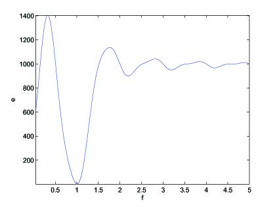 “These oscillatory systems are found in everything from mechanisms in cells that allow a cell to replicate itself to the sleep-wake cycle in mammals,” says Dr. Cranos Williams, an assistant professor of electrical and computer engineering at NC State and co-author of a paper describing the work. “The method we’ve developed should expedite the development of more accurate parameters, which can be used to create more precise and predictable models of oscillatory biological systems.” Understanding such oscillatory systems is important for research into cancer, cardiac health, fertility and many other fields, he adds.

Modeling a biological system relies, in part, on defining parameters for that system, which correspond to how the system functions under normal conditions. Once those parameters are established, they can be used to create a model to predict the system’s response under different conditions. 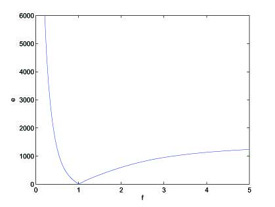 A measure known as an objective function is used to quantify the quality of the ‘fit’ to the measured concentrations. Simple systems often result in an objective function that looks like a bowl, with the lowest point of the bowl corresponding to the parameters that provide the best or “optimal” fit. All other parameter values correspond to higher points that arc up from the bottom of the bowl. These points correspond to increasingly poor matches to the measured component concentrations as you move further away from the bottom. Robust optimization routines are well adapted to sliding down the sides of these mathematical bowls to identify a functional set of parameters corresponding to the best fit. It can be virtually impossible to identify the optimal set of parameters, but you can often get very close.

But the cyclical nature of oscillatory systems makes it difficult to identify this functional set of parameters, even when using the most robust optimization routines. This is because the repetitive nature of these systems transforms the bowl into something that looks more like a mountain range, with many hills and valleys. This makes it more complicated and time-consuming to work your way toward accurate parameters.

Since these oscillatory systems present a problem for most optimization algorithms, Williams and NC State Ph.D. student Seyedbehzad Nabavi focused on developing methods that would manipulate the surface characteristics of the objective function itself. This new approach factors in the frequency of the concentrations within the system – or how often each concentration is repeated – to generate a new objective function that mitigates the impact of system oscillations.

“By generating a new objective function that factors in the frequency of the system oscillations, we are able to eliminate many of the hills and valleys, resulting in a surface with the same optimal point, but that is easier to search,” Williams says. “This makes it easier for optimization routines to identify a functional working set of parameters that can then be used to predict the activity of the modeled system.”

The paper, “A Novel Cost Function for Parameters Estimation in Oscillatory Biochemical Systems,” will be presented at the IEEE SoutheastCon in Orlando, Fla., March 15-18. Nabavi is lead author on the paper.