More Than Matters of the Heart

A team of researchers, including Mary-Frances O’Connor at the UA, has found a genetic variability linked to stress and inflammation that may impact the health of some widows and widowers.

The death of a spouse can be one of life’s most distressing events, and for many years bereavement researchers have noted increased mortality risk in some widows and widowers. This has been called the “widowhood effect.”

The gene, interleukin-6 –174, and other genetic variations associated with inflammation were genotyped in study participants to assess the role of inflammation and stress in bereavement and its effect on overall health. 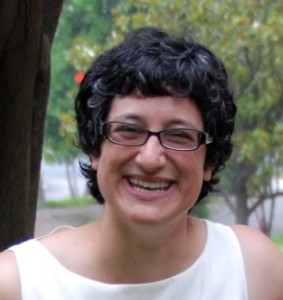 The study was recently published in the journal Brain, Behavior and Immunity and the study sample included 64 older adults, 36 of which were widows or widowers and 28 were married or partnered older adults.

By assessing the genotype and the instructions it carries within its genetic code, the team was able to assess those whose bereavement and genetic variability rendered them vulnerable to inflammation, which is associated with many chronic diseases.

Mary-Frances O’Connor, a UA assistant professor of psychology and senior author of the study, said the study is the first of its kind to connect bereavement and genetics with inflammation.

“The widowhood effect has no single cause of death,” O’Connor said. “Death may come due to heart failure, liver cancer or other chronic diseases, but we knew that something in the body of widows and widowers was changing and that it had a negative effect on the body’s organs.”

The team sampled individuals who had no known illnesses that would affect inflammation and measured the circulating levels of pro-inflammatory markers. They also assessed grief severity with the Inventory of Complicated Grief, a scale used to measure symptoms of loss.

They found that bereaved participants had higher circulating levels of pro-inflammatory markers, but the increase could not be explained by pro-inflammatory genotype frequency differences, or the outcomes of the Complicated Grief scale. 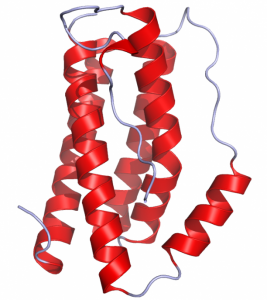 When researchers observed the interaction of environmental stress moderated by the individual genetic vulnerability within the IL-6-174 gene (the image shown), the increased inflammatory markers resulted in morbidity and mortality in susceptible surviving spouses. Image credit: University of Arizona

However, when researchers observed the interaction of environmental stress and the individual genetic vulnerability within interleukin-6 –174, they saw increased circulating inflammation in susceptible surviving spouses.

“The study does not tell the whole story,” O’Connor said, “There are many parts of the genome that deal with inflammation. It does tell us that there is much research to be done on the relationships between environmental stress, such as bereavement, and genetics.”

These results, she said, pose implications for clinical interventions by demonstrating the importance of having a general physical after the loss of a spouse. Sometimes caregiving spouses have neglected their own care for the sake of a sick loved one.

For those who become widows or widowers, clinical interventions for bereavement-related stress reduction might also be crucial for overall health.