EAST LANSING, Mich. — A diet high in fiber – but not necessarily one low in saturated fat or cholesterol – is tied to a lower risk of heart disease and type-2 diabetes in teenagers, according to new findings from Michigan State University.

A study led by Joseph Carlson of MSU’s Division of Sports and Cardiovascular Nutrition suggests to reduce metabolic syndrome – a collection of risk factors including high blood pressure and a large waistline – it is more important to emphasize diets including fiber-rich, nutrient-dense, plant-based foods than focus on restricting foods high in cholesterol or saturated fat.

The research is published in Journal of the American Dietetic Association.

“What we found is that as fiber intake increases, the risk for metabolic syndrome decreases,” said Carlson, a registered dietitian and associate professor at MSU. “High-fiber, nutrient-dense foods are packed with heart healthy vitamins, minerals and chemicals that can positively affect many cardiovascular risk factors. 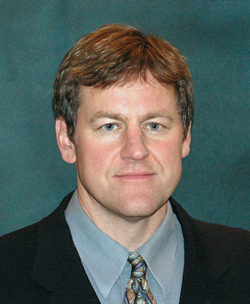 “It may be better to focus on including these foods than to focus, as is commonly done, on excluding foods high in saturated fat.”

That does not mean, however, that teens should have carte blanche in eating foods high in saturated fat and cholesterol, Carlson said.

“It is well established that saturated fat can raise bad cholesterol,” he said. “What this data suggest is the importance of including foods high in dietary fiber.”

With the high availability of processed foods today, Carlson said, it is possible for teens to eat a diet that is low in saturated fat and cholesterol but that also is low in fiber and nutrient-rich, plant-based foods. Recent national data indicates up to 30 percent of teens’ dietary intake comes from beverages and sugar-rich snacks.

Due to low intakes of fruits, vegetables, whole grains and beans, the total dietary fiber intake in teens is about 13 grams per day, well below the recommendation of 26 grams and 38 grams for female and male adolescents, respectively.

In addition, obesity and other key risk factors associated with metabolic syndrome are on the rise in youth; more than 70 percent of teens in the study had at least one of the five risk factors used to assess metabolic syndrome: high blood pressure, high levels of sugar and fat in the blood, low levels of good cholesterol and a large waistline (a person having three or more of the factors are classified as having the syndrome).

The next step, he said, is to figure out the best methods to boost dietary fiber intakes to levels that will improve or sustain a desirable cardiovascular risk factor status. For example, if a person daily has three servings of fruit and vegetables (12 grams of fiber), one serving of beans (seven grams), and three servings of whole grain, they will be at about 30 grams of dietary fiber.

“The trick is getting people in the groove finding the foods that they both enjoy and are convenient,” Carlson said.

As part of the cross-sectional study, Carlson and his team focused on data collected as part of the National Health and Nutrition Examination Survey done from 1999-2002. They analyzed the diets of more than 2,100 boys and girls ages 12 to 19, looking at whether the teens had three or more conditions that make up metabolic syndrome.

The study found there was a three-fold increase in the number of children that had metabolic syndrome when the group of children receiving the least fiber was compared with the group receiving the most. There was not a significant relationship with either saturated fat or cholesterol intake.