Link Between Air Pollution and Cyclone Intensity in Arabian Sea

Pollution is making Arabian Sea cyclones more intense, according to a study in this week’s issue of the journal Nature.

The Nature paper suggests that weakening winds have enabled the formation of stronger cyclones in recent years–including storms in 2007 and 2010 that were the first recorded storms to enter the Gulf of Oman.

Researchers note that weakening wind patterns during the last 30 years correspond with a buildup of aerosols in the atmosphere over India, which deflect sunlight away from the surface, creating dimming at ground level. This dimming may be responsible for more intense cyclones.

The aerosol buildup creates formations known as atmospheric brown clouds (ABCs) in which smog from diesel emissions, soot and other by-products of biomass burning accumulate and become widespread to a degree significant enough to affect regional climate.

A three-kilometer (1.9-mile)-thick brown cloud has been linked to altered rainfall patterns in South Asia, for example. 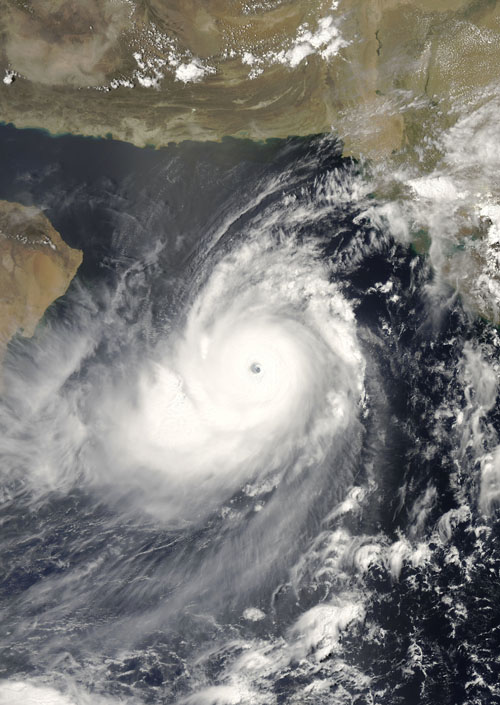 Because of the large-scale dimming by ABCs, they have a mitigating effect on the warming of the ocean in the region that’s also associated with greenhouse gas-driven climate changes.

“We’re showing that pollution from human activities as simple as burning wood or driving a vehicle with a diesel engine can change these massive atmospheric phenomena in a significant way,” said the paper’s lead author, Amato Evan of the University of Virginia.

“This underscores the importance of getting a handle on emissions in the region.”

Historically, the onset of the monsoon season in summer months has produced strong winds in the lower and upper atmosphere that travel in opposite directions, also known as vertical wind shear, which makes formation of cyclones virtually impossible in July and August. 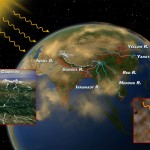 Thus despite warm sea surface temperatures, the Arabian Sea averages two or three cyclones per year that tend to form outside the monsoon season, when the wind shear is diminished.

But the scientists found a trend of increasingly strong cyclones in the months immediately preceding monsoon season.

Gonu produced category 5-strength winds in excess of 250 kilometers per hour (156 miles per hour).  Phet was a category 4 storm.

“This study is a striking example of how human actions, on a large enough scale–in this case, massive regional air pollution caused by inefficient fuel combustion–can result in unintended consequences,” said Anjuli Bamzai, program director in the National Science Foundation’s Division of Atmospheric and Geospace Sciences, which funded the research.

“These consequences include highly destructive summer cyclones that were rare or non-existent in this monsoon region 30 or so years ago.”

The scientists used findings from direct observations and model studies of ABCs made by Scripps Institution of Oceanography climate and atmospheric scientist Veerabhadran Ramanathan, a paper co-author. 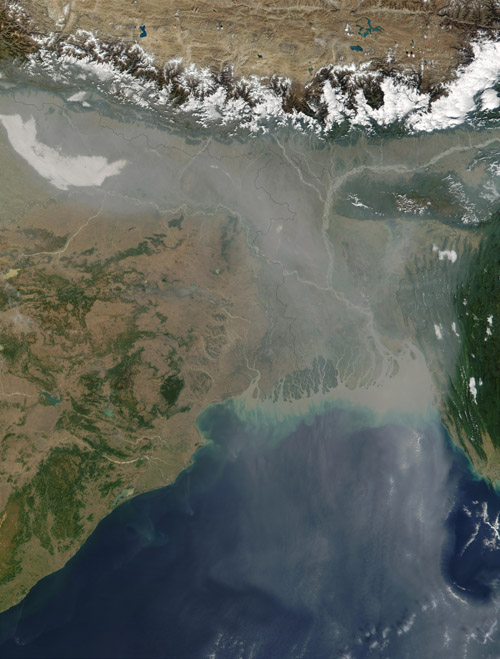 Skies over India are filled with a soup of aerosol particles streaming over the Bay of Bengal. Image credit: NASA

Among the findings is that brown clouds inhibited summertime warming of the surface, which caused sea surface temperatures in the northern Arabian Sea to more closely match cooler temperatures closer to the equator.

The team modeled the effects of brown clouds on atmospheric and oceanic circulation patterns.

They found that ABCs changed the circulation of the atmosphere and reduced the climatological vertical wind shear.

“This study adds a major dimension to a long list of negative effects that brown clouds have, including rainfall reduction, Himalayan glacial melting, significant crop damages and deaths of a million or more people annually,” said Ramanathan. 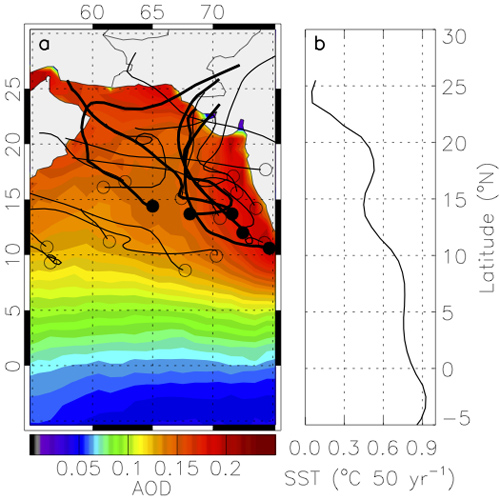 “The one silver lining is that the atmospheric concentrations of these pollutants can be reduced drastically and quickly using available technologies.”

The other co-authors of the study are James P. Kossin of the National Climatic Data Center and the NOAA Cooperative Institute for Meteorological Satellite Studies, and Chul “Eddy” Chung of the Gwangju Institute of Science and Technology in South Korea.