J. Timmons Roberts: What did Durban do for climate?

J. Timmons Roberts, professor of sociology and director of the Center for Environmental Studies, led a group of Brown researchers and students to the United Nations climate change negotiations in Durban, South Africa. On his return, Roberts spoke with Richard Lewis, reflecting on the Durban meetings, the status of research, and the challenges of activism on issues of climate change.

Timmons Roberts, professor and director of the Center for Environmental Studies, has just returned from attending climate talks in Durban, South Africa. Roberts and a delegation from Brown — faculty, postdoctoral researchers, graduate and undergraduate students — witnessed the negotiations up close as observers to ministerial speeches and negotiations. The talks ended with an agreement to extend the greenhouse gas emissions targets set under the Kyoto Protocol and a pledge to work on a replacement treaty incorporating the United States, China, and India.

Roberts spoke with Richard Lewis on the importance of the talks, the need for industrialized countries to compensate developing countries for damages from climate change, and the unique opportunity for people from Brown’s environmental program to attend the talks. 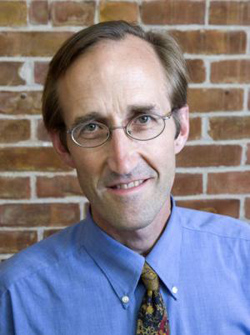 J. Timmons Roberts. “While the current promises are quite weak, in the end Durban might have been a turning point.” Image credit: John Abromowski/Brown University

What was the mood at the climate talks? Optimistic, pessimistic, realistic, resigned?

The mood this year for much of the first week was honestly pretty down, given so many years it has taken for anything to happen. Since the huge expectations and disappointment of Copenhagen in 2009, it seems like the ambitions are going backwards. Yet as we reached the final days, expectations began to rise again for some way forward from the years of deadlock to a new version of the Kyoto Protocol to go beyond its expiry at the end of 2012. At the finish, it seems now that a crucial deadlock may have been broken in Durban, where developing countries have legal responsibilities, and this could allow fuller U.S. participation in the future.

What do you think the Brown graduate and undergraduate students drew from attending the talks?

In May we had the first planning meeting of our new Climate and Development Lab at Brown. We planned all fall, meeting every week and communicating all the time about funding, logistics, and the substance of what was coming up and likely to happen in Durban. Ten students came to Durban this year: one doctoral student, six master’s students, and three undergraduates. With very different backgrounds, topics, and strategies to immerse themselves in the negotiations, their experiences certainly have differed a lot. However what they share is excitement about and intense interest in the United Nations process and climate change policy. They get a lot of interviewing and writing experience, of blogs and some policy briefings and sometimes academic articles. They learn how to work as a team and share space. They meet people from all over the world. They build friendships. They collect information for theses and dissertations they could get literally nowhere else. There’s always more they draw from attending, and I cannot really quite express what that is. I’d say they become part of global networks of environmental experts and activists. They become global citizens.

There seems to be a stalemate on climate justice between industrialized countries and developing countries from changes to climate. Why and what is needed to break the impasse?

Poor nations are suffering first and worst from worsening climate disasters, and yet they did the least to cause the problem. The United States and others are loath to admit guilt or to pledge more beyond the Copenhagen Accord goals. But our research for the International Institute of Environment and Development showed that the Obama administration and the world’s wealthy nations are coming through with a majority of the funds they promised (probably about $25 of $30 billion promised by 30 nations over 2010-12), if not all of it. What I think is needed — and there’s a posting on our new blog about it — are new sources of funding, raised internationally so they won’t get stuck in national accounts. These would also be more predictable than relying on foreign assistance (aid) or private investment, as the current system does.

Do you think there will be a major breakthrough because of Durban?

Things were looking very bleak, and honestly I did not foresee the seemingly positive outcome hashed out in the 35 hours of overtime negotiations. There was a lot of discussion about how a true collapse of the Kyoto Protocol might have been better than another lame outcome where we bump along for another 20 years of weakening negotiations. I agree with that, but I also think that a lot of work has been done over these 20 years since the 1992 Earth Summit in Rio de Janeiro, when this all got started. While the current promises are quite weak, in the end Durban might have been a turning point.

Polls say the American public is increasingly skeptical of human influence on climate, despite the strengthening scientific position. Why is that and what might sway the doubters?

Very good research shows that globally, this skepticism is actually almost exclusively among Americans, and among Americans it is nearly exclusively among Republicans. In fact, it’s most pronounced among white males. The partisan divide is the result of a very unfortunate polarization on this issue that has developed steadily since 1997 when Kyoto was passed. In those days, both Republicans and Democrats were nearly equally concerned about climate change. From my observation of what has transpired, there was a very well-planned and -financed effort to sow the seeds of doubt in the United States, especially in circles around key legislators, even as the scientific evidence has mounted. Leaked memos from early 1998 showed fossil fuel industries funding think tanks in Washington, which have hugely amplified the findings of a handful of studies and hacked e-mails, in contrast to thousands of pieces of rigorous research showing that the climate is being altered by humans pumping millions of tons of fossil fuel emissions into the atmosphere. The problem, of course, is swaying people who have admitted that no amount of evidence would change their minds. I don’t know how much they’ll need to see climate shifts in their lives before they’ll make a break from very dearly held beliefs. The problem is the momentum of climate change builds and cannot be quickly stopped, since carbon dioxide stays in the atmosphere for 100 years. We cannot wait for each person to see the impacts before we need to act.