EAST LANSING, Mich. — As Tropical Storm Irene shows, dealing with natural disasters is a two-way street: Both the government and the public play a critical role in curtailing the effects, according to a Michigan State University political scientist.

In her new book “Dealing with Disaster,” Saundra Schneider contends it’s not the size of the disaster or the amount of money spent on relief that determine success or failure of an emergency response. Instead, it’s the “inevitable gap” between government procedures and the collective behavior of victims.

While the book didn’t examine Irene, Schneider said the tropical storm appears to offer a good example of both the government and public responding appropriately to a natural disaster. Basically, emergency management officials and residents of the East Coast appear to be on the same page. 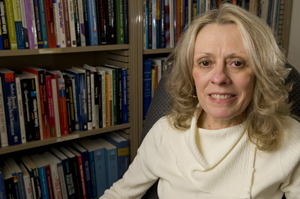 “While we don’t know what’s going to happen with the subsequent flooding, the government did the right thing by getting people out and taking the steps they did to prevent what they thought was going to be a major hurricane,” Schneider said. “And people responded well, by heeding the evacuation orders.”

In the book, Schneider assesses the government and public response to modern-day natural disasters such as Hurricane Katrina, the San Francisco earthquake of 1989 and floods in Tennessee and South Carolina.

Overall, Schneider argues, the federal government does a good job planning and responding to most natural disasters. This may run counter to public perception, which is fueled largely by a news media that tends to focus on government blunders instead of successes, Schneider said.

But the federal government also has failed miserably at dealing with some natural disasters, including Hurricane Katrina, Schneider said.

The Federal Emergency Management Agency essentially dropped the ball during Katrina, Schneider said, but afterward was given more authority. Too often, she said, it takes a devastating natural disaster to prompt politicians to increase emergency management resources and authority.

“That’s the fear I have: That as soon as we start losing our attention on these issues, people start saying, ‘Do we need to give money to that organization?’ and FEMA starts losing its authority,” she said.

On the state and local levels, Schneider said officials need to take crisis management more seriously. This includes taking control of the situation and not waiting for federal officials to respond, she said.

As an example, Schneider said leaders in Mississippi responded well during Katrina, while Louisiana state officials performed extremely poorly. “In Louisiana, the government was basically not there for the citizens, and when they were there they acted like complete buffoons,” said Schneider, adding that it took too long for state leaders to bring in the National Guard and to line up shelter and transportation for victims.

Schneider said better training is needed for local, state and federal officials who deal with natural disasters, both from the public and private sectors. Officials also need to do a better job of providing information to citizens about what do before, during and after a natural disaster.

More intangibly, Schneider said, public officials need to provide better leadership during natural disasters. Citizens want to know their leaders are doing everything they can, she said.

“Leadership plays a big role,” Schneider said. “It’s symbolic in many ways, but it leaves a very strong impression on people. It’s important that public officials step up and communicate clearly and authoritatively, even if they don’t know all the answers.”

She said citizens need to do their part by heeding the government’s warnings, responding in a calm and orderly manner, and ultimately being realistic with their expectations of the government’s role.

“One of the keys to effective crisis management is the ability of the public to accept that the government is providing credible information about the seriousness of the event and about the right way of responding to it,” Schneider said.